These lone soldiers, hailing from countries including the United States, Canada, Great Britain, Turkey and Azerbaijan arrived in Israel without their families to join the Israel Defense Force and help build the Jewish nation.  ’Garin’ means seed in Hebrew but can also refer to a group of people who collectively immigrated to Israel and ‘tzabar’ refers to the ‘sabra’ cactus fruit which is prickly on the outside but soft and sweet on the inside, a euphemism to describe Israelis.

The Garin Tzabar program is in charge of bringing these lone soldiers to a kibbutz or Israeli city, providing them with an adopted family, a Garin community that supports them throughout their army service and Hebrew classes to assist their immersion into the IDF.  Several months from now the new recruits will begin to serve in the Israeli Army.  The Garin Tzabar  ensures lone soldiers receive support and attention on their birthdays, during holidays, Shabbat, and their days off .

MK Sofa Landver, who addressed the group, stated, “We are here to receive the immigrants and the soldiers in our country, the most wonderful country in the world. It’s you who have come to serve and defend Israel. You will change the world.” A representative of Nefesh B’Nefesh added, “It’s not just a plane ride, it’s the destination and that’s Israel. Enjoy your new life.”

Netta Gelb, a new Garin Tzabar participant, was born in the Israeli city of Netanya and has spent the past 15 years growing up in Canada. Although she has Israeli relatives,  she is leaving behind her parents and siblings.  Gelb expressed the excitement many Garin members felt when she said, “I have been really looking forward to this for a long time.”

Michael Kosky, another Garin Tzabar participant, added, “We have come here to play our chapter in Jewish history. I am part of this program. Good luck to every one here.”  A lone soldier already serving in the IDF named Ariella, who hails from an Argentine family and grew up in both America and Israel told the audience that she holds dear the “values of loyalty to the state, its people, and the Tzabar members” and said to the new recruits “If you live together, you will learn a lot.”

Eitan Press contributed to this report. 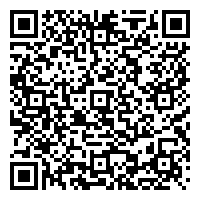