Observers on the ground report that the European Union (EU) turns a blind eye to, if not encourages, international law violations and human rights abuses by Morocco and Armenia. Despite blatant exploitation of residents of the illegally occupied Western Sahara and Nargano-Karabakh regions, the EU encourages trade with Morocco and Armenia.

The EU’s position is appalling in light of the boycott it recently announced against goods from Judea and Samaria, despite the fact that international law recognizes Israel’s right to these areas. While it is the only vibrant liberal democracy in the Middle East, Israel remains the target of the EU’s unjust boycott attempts. These attempts have been roundly condemned by top international figures, not least of all because they actually harm the Palestinians whose plight these boycotts supposedly advance.

The EU is establishing a Deep and Comprehensive Free Trade Agreement with Morocco, despite the country’s illegal Western Sahara occupation and the inexplicably ignored routine violations of the Sahrawi people’s human rights. By way of background, Morocco illegally occupied the Western Sahara on the eve of its independence from Spain in 1975, forcing most of the Sahrawi nation to relocate to refugee camps in neighboring Algeria. Several UN Security Council Resolutions and a 1975 decision by the International Court of Justice support the indigenous Sahrawi people’s right to establish a sovereign nation in the Western Sahara. However, French support for the Moroccan government has thus far prevented effective human rights monitoring in the Western Sahara.

Human rights organization Sahara Thawra issued a statement against any trade agreements with Morocco based on the following reasons. First, the agreement violates provisions of international law that prohibit exploitation of Western Sahara’s natural resources without consent of the Sahrawi people via their official representative. Even with consent, the agreement may still violate international law, since it may adversely affect the local population, which is illegal. Second, the proposed agreement supports large agribusiness at the expense of local Sahrawi farmers, the Western Saharan environment, and the rights of the Sahrawi people, which were not taken into account in any manner. Finally, the agreement violates the democratic clause required in all EU agreements with third party countries, thereby permitting the human rights abuses that routinely occur in the Western Sahara to continue unabated. These abuses include:

EU MAINTAINS FINANCIAL TIES WITH ARMENIA, DESPITE THE NAGORNO-KARABAKH OCCUPATION

As Armenia’s main trade partner, the EU accounts for 30 percent of Armenia’s total trade. Slated for implementation in 2014, the Deep and Comprehensive Free Trade Agreement that Armenia and the EU started negotiating a year ago is critically important for this Eurasian nation.

“Azerbaijan has suffered from Armenian occupation for many years. Nagorno-Karabakh is a historical land of Azerbaijan,” said Azerbaijani President Ilham Aliyev. “A policy of ethnic cleansing was carried out against Azerbaijanis in Nagorno-Karabakh and the surrounding areas.” As a result of the occupation, he adds, more than one million Azerbaijanis became refugees and internally displaced persons with substantial destruction to property, including public buildings, historical monuments, tombs, and mosques destroyed by Armenians. To date, there is no EU proposal to boycott Armenia for its flagrant violations of international human rights law. 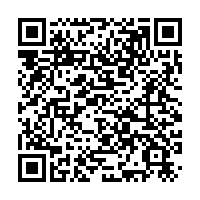