“Attacks were an Act of War,” “Attacks May Prompt Tougher Stance by US,” “Calm and Resolve in the Face of Terror,” “Timeline of Terror.”

A new week begins together with a new world order.


Perhaps if the above headlines had been shared world over regarding the situation in Israel, perhaps if instead of berating Israel for reacting and attempting to quench the outbreak of terror the world leaders would have united against Islamic terror, perhaps, perhaps….

A father and son were murdered in cold blood en route to their daughter’s/sister’s “Shabbat Kallah” (Shabbat celebration before the wedding). But there will be no world outcry because somehow Islamic extremist terrorism in Europe is far more serious then what we face on a day to day basis in Israel. Somehow we are to blame and not the fanatical system which has raised a generation to hate the West and Israel and anything un-Islamic; and to see its annihilation as a raison d’être.

What Am Yisrael experienced erev Shabbat in the attack south of Hebron was just a prelude to the more massive and horrifying attacks which hit Paris over the past 24 hours. Hate is hate is hate…And Islamic fundamentalist terror is exactly as stated. EU corroboration with the labeling of Israeli products from the so called territories did not protect them from the fanatics but have made them complicit.

Until I opened the internet following havdalah, the end of our Shabbat bubble, I had actually planned a positive entry to my blog. This week the Jewish Quarter Community Council finally hired a security coordinator to work together with the police and security forces to ensure that the Jewish neighborhoods in the area have a security net in place. Since the Har Nof massacres the municipality has been promising to assign such a position to all community councils and a year later we are one of the first to have the position filled.

Despite the continuing attacks on Jews throughout the country, this week the Old City finally returned to a sense of normalcy. Tourists from both Israel and abroad are filling the streets and businesses seem to be picking up. We are now planning Chanukah activities to draw the masses to visit where it all began Remember: In Israel our dreidels have a “peh” for “po” as opposed to “shin” for “sham” on them. “Po” means here, and there is no more “here” than the Old City of Jerusalem overlooking the Temple Mount where the miracle of Chanukah took place!

On Thursday Jerusalem Community Council chairmen met with the Municipality Director General Amnon Merchav to discuss the 2016 budget. The Sur Bahir council head begged the municipality for more funding for neighborhood afternoon activities He said he is personally pending money out of pocket now h. Sur Bahir is home to numerous children/teen terrorists who have been involved in the recent spate of stabbings. The council head explained that the parents want their children to come home alive, and do not want them involved in terror. But the pressures are intense. If we do not fill the void, the Islamic fundamentalists will. I spoke with Ramadan (yes, that’s his name!) beforehand and asked if he thought there was any chance of the Jewish Quarter somehow doing a project to promote understanding between Jewish and Moslem Quarter youth, to help build trust, and he shook his head in the negative.

On the way back from the municipality, I saw a group of Arab youth talking to our soldiers guarding the Arab market. They were actually having a conversation. I looked on in awe and thought that perhaps Ramadan is wrong. Maybe somewhere down the line there will be a way to promote some sort of understanding between us; an agreement to agree to disagree and to realize that we are both here to stay. 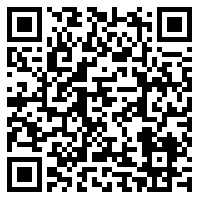