I often have people ask me what it is like living in the Old City of Jerusalem. Aside from the obvious-living amidst thousands of years of Jewish history and minutes away from the Temple Mount-there is a quality of togetherness that is rare to find elsewhere. The boundaries of the four quarters are blurred and Jews, Moslems, Christians and Armenians are all living life together within the walls. In other areas in Israel, people tend to live in homogeneous communities: all Jews, all religious, all university educated and so on. Part of the special quality of life in the Old City is that we live in a reality where one has to face to other, the different, be they residents or tourists, and learn to show respect.

And ‘tis the season to see the other! Last week as I wrapped up my morning walk and entered Jaffa Gate, there was a municipal worker dressed up as Santa Claus distributing Christmas trees (free of charge!) to our Christian neighbors. I couldn’t resist a picture! And as our fellow residents of the walled city took home their trees we all wished them a “chag sameach”, a “Happy Holiday.”

Last Motzei Shabbat , Jewish Quarter youth together with other teens from our extended community (Moslem & Christian Quarters, Ir David and Maaleh HaZeitim), organized a Melave Malka outside Jaffa Gate, meters away from where a fatal terror attack had taken place several days prior. Over a hundred teens formed a wide circle, with two playing guitar and one with a darbuka (drum), and sang together solemn and strong. It is unfortunate that once again our youth have been faced with terror on the home front, but to see their reaction was comforting. In a year or two or three they will be drafted to serve and defend our land on the front line. But for now they are able to use peaceful methods to give chizuk, strength to the community.

The following day I had my first “in my face” run in with terror. As I made my way through the Arab shuk on the way to a meeting, pedestrian traffic came to a halt. Police had thwarted a stabbing attack inches away from where I stood. At first I felt fear, then anger, and when I saw the attacker, I felt pity. As I pushed my way past the terrorist “wannabee,” a 16 year old on the ground with a policeman sitting on his back to neutralize him, I wanted to yell “You idiot! What are you doing? Why are you letting these inciters ruin your life?”…but the words did not come out. Yes, I admit I was a bit unnerved and shaky…

Our youth responded in song and their youth unfortunately respond otherwise. The juxtaposition of these two events, the melave malka and the thwarted attack, made me realize how different are the worlds we live in, the importance of learning to live together and accepting the other, respecting the rights of all to live in this holy place. Unfortunately, as long as the incitement continues from the Arab media, school system and mosques, it will be a long time until that happens. 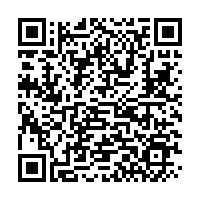