It’s been many years since he left this world but I still can clearly hear the kind, gentle voice and see the magnificent, holy countenance and loving smile of my saintly father, HaRav HaGaon HaTzaddik Avraham HaLevi Jungreis, zt”l.

I never heard my father say an unkind word or lose his temper. Not even during the most trying periods of his life – the Holocaust, the Displaced Persons camps that followed, the trials and tribulations of adjusting to a new life in America (in a neighborhood that had never seen Orthodox Jews).

Throughout his life, his calm, loving, compassionate demeanor remained constant. Even during his final years, when he had to battle devastating illness, my father’s chesed – his goodness – prevailed.

Hungary was the last country invaded by the Nazis, but as Hitler’s armies conquered Europe, persecution of Jews had become a way of life everywhere. Young Jewish boys were conscripted for slave labor – an experience from which few returned. Our city became a collection point from where these boys were deported. As the rabbi, my father was able to obtain permission to conduct services for them, but he was always carefully searched – he could not bring anything into the camp.

My parents, however, thought it unlikely that I, a little girl, would be searched, so I accompanied my father, and my mother sewed medications and whatever else was critically needed into the lining of my coat. Thus, I had the merit of witnessing how a mere human being can be “higher than the angels.”

My father had the most beautiful voice. When he davened, the walls themselves shook. I will never forget my father’s prayers in the detention camps, for while he was permitted to conduct services, he was not permitted to have private conversations with the boys. Undaunted, he wove into the prayers a message for every person and those messages spoke volumes, entered every heart, and imparted courage, faith and hope.

Many years later, I was speaking in a community in New Jersey when a young man approached me and related that his father had told him that while he was in a detention camp, a Rabbi Jungreis would come visit, bring messages to all the boys from their families, strengthen them with prayers, and impart a berachah to each and every person. He added that the rabbi’s little daughter would accompany him and bring much- needed medication.

“Could that rabbi have been your father? Could you have been that little girl?”

Tears choking my voice, I nodded my head.

Quickly, he ran to the phone and called his father, who now lived in Belgium, and handed me the receiver.

“It was your father’s berachos that kept me going,” he told me. “I will never forget him.”

Following the defeat of Nazi Germany, we were placed in DP camps in Switzerland. For some unfathomable reason, the authorities in Switzerland separated us children from our parents. My older brother was sent to a school near Zurich in German Switzerland; I was sent to a place near Montreux in French Switzerland, and my parents, along with my younger brother, were in yet another area. It was a very trying time. Battered and scarred, we yearned for the warm, loving presence of our parents, but it was not to be.

There was a Yiddish song we sang in those days: “Vi ahin zol ich gayen? Ver ken entferen mir? – Tell me where can I go? Who can answer me?” For my father there was only one answer to that question – Eretz Yisrael. Unfortunately, we could not obtain the necessary papers to make that dream come true. The British, who then ruled our Holy Land, kept Jewish immigration at a trickle, and anyone who dared defy their quotas was sent to a detention camp in Cyprus.

My father refused to chance that. We had experienced one concentration camp too many, so we waited patiently for our papers. Days turned into weeks, weeks into months, months into years, and there still was no sign that the fulfillment of our dream was at hand.

In the DP school to which I was assigned I had a roommate who became a good friend. We did not have permission to keep the lights on at night, so my little friend and I made up a game – before going to sleep, we would identify every object in the room so that during the night, when we became terrified by nightmares and those pieces of furniture appeared to be Nazis, we would reassure one another, “It’s only a chair. It’s only a table.”

And then one day my little friend, whose parents had been killed in the Holocaust, received papers for Eretz Yisrael. Orphans were given priority by Aliyat HaNoar and were granted the few visas available.

My father came to visit and I cried bitterly. I told him that since I was alone in my room, my fear of the night had intensified. He assured me that I was never alone – that Hashem would always be watching over me, and that he himself would always be at my side.

Then he took out his pen and wrote the beautiful passage from our Torah depicting the unique relationship that our father Jacob enjoyed with his son Benjamin. “V’Nafsho keshurah b’nafsho – His [Jacob’s] soul was bound to his [Benjamin’s] soul.” The father’s soul was bound to his son’s soul.

“Never forget that, my precious light,” my father said to me. “My soul is forever connected to yours.”

The years passed – 1945…1946…1947. And then one day we received papers for the United States. My parents decided our family had been fragmented long enough, so with G-d’s help we would go to America and build a new life.

It was the dead of winter when we set sail. It took us four weeks to cross the Atlantic in a small Italian freighter. The seas were rough and our ship was tossed back and forth. For a while we wondered if we would make it.

But whether we were being tossed by the stormy waves of the ocean or struggling with the challenges of our new life in America, my father’s message from the Torah has always remained with me: “Nafsho keshurah b’nafsho.” 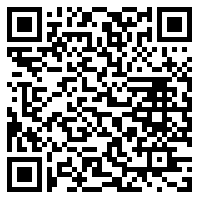