In past years, preparing for Purim has rested completely on my shoulders. I picked the theme and decided what we would put in the mishloach manos. The children helped, of course, excitedly making an assembly line to assemble the packages, but the decisions of what to buy and how much to spend was mine. This was the case in particular when it came to costumes. I had no intention of spending hundreds of dollars on costumes from the Purim store, so I would borrow or make them for the kids.

Although I have not been blessed with much artistic talent, I have made up for that lack with some efficient Google searching and ingenuity. I’ve had my children dress up as Religious Zionism, with one child being a flag (white shirt with blue painter’s tape cut in the symbols of the flag), another in a borrowed Torah costume and still another as a solider wearing a Tzahal cap we had bought in Israel, a camouflage sweater, a toy gun, and some face paint.

Another year, they were Noach and the teiva, with my son, Noach, as himself, my other son Yehuda in a lion’s costume we purchased on sale, and my daughter as the teiva, constructed out of three painted cardboard boxes.

One year, I made a mishloach manos costume out of the hard-plastic bag that linen comes in. I cut holes and glued different wrappers on it. I have even transformed a pink spider girl costume into a butterfly by covering the spider with sparkly, slivery glitter glue.

Not bad, right? Who wouldn’t want to wear those costumes? This year, apparently, my children. They are now bigger and wiser; they no longer want the painted cardboard box, the glued-on decorations, the need to explain in detail whom they are dressed as. This year, they want to go to the Purim store and buy a costume.

“You know,” I told my not-so-little precious ones, “those costumes cost a lot of money. It’s not that I’m being mean by keeping you from looking like you stepped out of Disney World. I don’t want to spend so much on something you will only wear for a few hours. And if it snows, as it sometimes does, or even if it’s cold enough to require a coat, as it often is, who will even be able to see your costume? Wouldn’t that be a waste of money?”

So, we made a deal. They would save up their allowance and I would match their contributions, up to $15. They eagerly acquiesced. Every week, instead of my handing out their $2 in allowance, they drew a mark on a chart, with each mark adding up to one week’s worth of allowance.

I underestimated how eager my children would be to buy real costumes. When birthdays and presents came up in conversation, I overheard Yehuda asking Noach if he would buy Yehuda kinder eggs for his birthday. Noach responded, “I don’t know, when is your birthday?” Yehuda said, “After Pesach.” Noach nodded, “Okay, I can buy it for you as long as it’s after Purim, because I need to save my money.”

This had become serious.

It is now two weeks to Purim and my children are eagerly counting the days, not only because of the amount of nosh they will accumulate, but because they will be able to put their money into something they really want. You might say that it would be better to steer their money into something more valuable, like a savings account, instead of letting them waste it on costumes, but I disagree.

They are planning for Purim differently this year. They understand how much money I will give them, and how much the costumes cost, thus, how much money it is necessary for them to save. As Purim gets closer, they count their money, and ask to do extra jobs in the house to earn more money. I am excited to see what they will pick for their costumes and how they will wear them with pride, knowing their full value. I don’t know if teaching the value of money is part of the value of Purim, but it can definitely add to the simcha we enjoy on it!

Happy Purim to all! 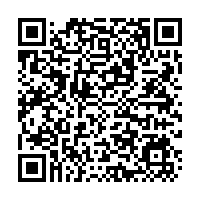