Tributes To Rabbi Klass (I)

I read with awe all the tributes by Rabbi Klass’s grandchildren (“Our Beloved Grandfather, Zaydie Sholom,” Jan. 26). Reading each one I pictured the nachas on the faces of their mothers, Naomi Mauer and Hindy Greenwald, whom I know personally.

I also remember the grandchildren when they were growing up. This is such a beautiful Torah family. I thought of Rabbi Klass, zt”l, who in his last years davened on Shabbos with my father, Rabbi Joseph I. Singer, zt”l, in the Beth Hamidrash of the Manhattan Beach Jewish Center. His face was shining as he sat in the same seat every week. It was clear he wasn’t in the best of health, but he was so happy he could come to daven every Shabbos.

It’s beautiful to see that his children and grandchildren continue in his derech and are devoted to Yiddishkeit and are well versed in Torah. This is truly a zechus for his neshamah and that of his lovely, talented wife Irene.

Their legacy lives on with the publication of the wonderful Jewish Press.

Re all the tributes to Rabbi Sholom Klass:

I remember once going to the Homowack hotel and hearing Rabbi Klass give an unforgettable shiur after lunch there. He was indeed a giant of a man.

I just loved reading each and every one of the tributes to Rabbi Klass. What wonderful memories, and I have them too. It was such an honor to know Rabbi Klass and his wife, Irene.

I enjoyed and was inspired by the tributes to Rav Sholom Klass from various family members.

I started reading The Jewish Press as a teenager about 10 years ago, several years after Rabbi Klass passed away, but I can see how the paper is suffused with his hashkafa – centrist, not extremist; pro-Israel; covering issues that make some people in our community uncomfortable but that must be addressed; and giving women their due as important people and voices in the frum community.

Stephen M. Flatow’s description of his shiva call to the Shevach family in Chavat Gilad (op-ed, Jan. 26) accurately describes a community, built on private Jewish land, that has experienced discrimination from the Israeli government since its creation about 15 years ago.

Struggling with the label “illegal settlement,” residents have experienced sporadic electricity and water, which they must purchase themselves. These are basic necessities, which, if denied by Israel to the Gazans, would have the world screaming about inhumanity. If it’s done to Jews it seems to pass unnoticed.

It took the murder of Rabbi Raziel Shevach, a beloved resident of Chavat Gilad, for attention to be paid. My organization, Americans for a Safe Israel, as well as the Israel Independence Fund, led by Aharon Pulver, have been among the few (perhaps the only) organizations that have tried to help the community.

I recently paid a late condolence call to Rabbi Shevach’s widow, Yael. I marveled at her strength of character and beauty. The women of Chavat Gilad, who struggle with all the hardships the community presents, are entitled to have the comfort of a mikveh. The one thing they asked for was help with building a mikveh. They have already raised some funds for the project and are hoping to raise more.

Another wish expressed by Yael Shevach was for the donation of a Torah scroll in time for her husband’s shloshim. He was killed on Jan. 9, so the time is growing short.

For information about donating to the mikveh or the Torah scroll, please contact AFSI at 212-828-2424; judy@afsi.org; or the afsi.org website. If using the website to make a donation, just hit the DONATE button, use your credit card, and earmark the amount for Chavat Gilad.

I wholeheartedly agree with the sentiments expressed by Helen Rich (Letters, Jan. 26). I too have been touched by the photos of Rebbetzin Miriam Libby Weiss, a”h, that have appeared in the recent columns of her husband, Rabbi Moshe Meir Weiss.

But I’m also absolutely disgusted by the fact that most frum publications these days censor pictures of women no matter how modestly dressed or how old or how young the women are.

Are there really frum men of reasonable sanity out there who worry that a photograph of a five-year-old girl or an eighty-year-old bubby will activate the yetzer hara and inspire impure thoughts? If so, our problems run deeper than even the most pessimistic among us imagine.

This wasn’t the hashkafa of the mainstream Orthodox world of 25 or 30 years ago. It wasn’t the normative frum mentality when we had leaders like Rav Moshe Feinstein, Rav Pinchas Teitz, Rav Soloveitchik, etc.

And, while inane letters to the editor from chumra-loving frummer-than-thou readers who support blacking out women appear regularly in the freebie publications that litter the sidewalks of Brooklyn’s Orthodox neighborhoods, this mentality is not countenanced by the leading rabbis of our day.

Last year, in a podcast interview with Dovid Lichtenstein, the posek Rav Dovid Cohen blamed “sales competition” for the removal of women’s pictures from many Orthodox publications. Rather than allow competing publications to somehow appear more holy because they censor pictures of women, most of the frum magazines and newspapers follow the herd. They “can’t let [their competitors] be frummer, so they [also] stop doing it,” said Rav Cohen.

And Rabbi Dr. J. David Bleich, rosh yeshiva and rosh kollel le’hora’ah at Yeshivas Rabbeinu Yitzchak Elchanan and professor of Law at Cardozo School of Law, when asked by a writer for Jewish Action magazine whether there is a halachic basis for omitting photographs or other images of modestly dressed women, had this to say:

“I do not know what the prohibition might be. Maybe I am missing something, but I do not think that an appropriate photograph appearing in a newspaper arouses prurient interest. It is my impression that such photographs did appear on occasion in Orthodox European publications. I presume that the people who do not want to publish tasteful photographs are making business decisions rather than halachic ones. They do not want to be boycotted.”

What a sad commentary on American Orthodoxy in the year 2018. At least The Jewish Press and a handful of other Orthodox periodicals are standing their ground when it comes to running pictures of women. Please keep fighting for what’s right. 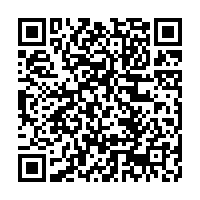