I’ve been debating with myself whether to write this letter for the past two weeks. I have no one to talk to about this situation, so, I turn to you, hoping you will not judge me unkindly, but rather, offer words of support.


I am a 69-year-old woman with seven wonderful children. We have recently gotten up from the shiva for my husband. My children are in deep mourning over the loss of their father.  I, on the other hand, am mourning the loss of the 50 miserable years I lost being married to him.  I could not shed a tear when the police came to tell us he had been in a terrible car accident and that the doctors could not save him.  In fact, I felt absolutely nothing – not grief, not joy, not sadness.  Nothing.

My children, all baruch Hashem, married with children of their own, rallied around me, as they mistook my shell-shocked demeanor as one of grief and devastation. I played the role they wanted to see so that I might comfort them. They have no idea how brutally cruel their father was to me. You see, to them he was a “knight in shining armor,” who gave them anything they needed or wanted – or he thought they should have, they got.  I am happy they didn’t suffer anything like I did.

Many years back I wrote to you about my situation and you responded by saying that abusive men may visit their abusive tendencies not just on their spouses but also on their children.  At the time, I was married just ten years and had newborn twins.

Maybe, Mrs. Bluth, that’s why I stayed – he was never cruel to the children or brutal to me in front of them. He saved his cruelty for when the children were not home, or asleep, or did the damage where they couldn’t readily see it.  I never said anything about it to the kids, or to anyone else.  And so, fifty miserable, painful years went by until Hashem, my confidant and the witness to my pain and tears, took pity on me and released me from this solitary prison.

I was just nineteen when I married, fresh out of seminary and he was one of the first young men I was redt to. He seemed somewhat quiet but nice and, while he had some trouble making eye contact and conversation, I assumed it was because he was new to dating as well. This got better towards the fourth date and we began talking tachlis. Soon after, we got engaged and married.  Our intimate life was a mystery for me from the beginning, he never seemed to be satiated and I was often tired, so tired in the morning I couldn’t get to work on time.  What perplexed me even more was that it didn’t seem to bother him when I was assur to him, yet, the times I fought off his advances is when the beast emerged.

I know I should have sought advice from someone, but really, I didn’t have anyone to confide in.  My mother was nifter when I was fourteen and I had two older brothers.  I felt ashamed to reach out to my aunts and I didn’t have close friends I could trust with such information. So I zipped my lip and suffered in silence – for fifty years.

I knew he hated me.  He would pour grease and tar on my clothing and leave them in my closet.  He would turn off the stove under food I was cooking (for Yom Tov and Shabbos) so that by the time I noticed it, the food would be half raw when it was served.  He would send nasty letters to people and sign my name.  And he would open all my mail and often remove checks made out to me, then endorse and cash them. These are some of the little things he did to squeeze my life out of me; I can’t even bring myself to tell you the worse ones.

So, when he died on the snowy, icy highway night two weeks ago, I felt this unbelievable sense of lightness, as if some huge weight had been lifted off my soul.  I felt no guilt, no remorse and no sadness, only a new sense of total peace and relief.  The torment had finally stopped.

As I said, I played a convincing role at the levaya and during the shiva, for my children.  There were no tears, as they had all been spilled during those years of misery and enslavement.  My children are loving and wonderful people, and I have no regrets for the 50 years during which I kept quiet.

What I do regret is what a waste my life has been and my mind races with thoughts of what I have to look forward. I am not a mean person, and I never wished death on him, but am I despicable for the thoughts and the joy that fill my life now that he’s gone?

First, let me express my condolences to your children on the loss of their loving and devoted father.  That he was a wonderful father to them alone makes him worthy of that recognition.  To you I say, “Boruch Dayan HaEmes.” This is your “Yovel” year and you have earned the right to enjoy the rest of your life as you wish.  I can only imagine the mental anguish you went through all those years and commend you for your discretion and your ability to keep it to yourself without losing your sanity. You are correct that this is what allowed your children to grow up healthy and mentally sound without any emotional baggage to take into their own marriages.

Judge you adversely, dear friend?  Hardly. It is not my place to pass judgement; surely you know this from the first response I sent you those many years ago.  I cautioned you on three things, the first of which was the possibility of your abusive husband turning on your children in time as well.  The second was that verbal abuse may turn into physical violence. I warned you to be aware of the danger in which you would be placing yourself and your children, and that you should come up with an exit plan should that happen.  And, lastly, I encouraged you to speak to a professional, someone who could help you formulate your options and help you make the right decisions.  That was all I could offer you then, based on the tone and content of your letter.  That you chose to stay and make this sacrifice on your children’s behalf is nothing short of noble.  In that zechus, Hakodosh Boruch Hu stood behind you and lifted you up, giving you the strength not to fall.  Not everyone would be able to withstand what you did.

Sad and joy are both three letter words separated by a universe of interpretation.  All of us find different levels and meanings to those words and though they are polar opposites, on rare occasions, one can experience both simultaneously.  May the joy outweigh the sad memories in the coming days. You have defiantly earned the right to look forward to a bright and happy future.  Don’t look back; rather look ahead to enjoying your golden years with your children and grandchildren in peace and good health. 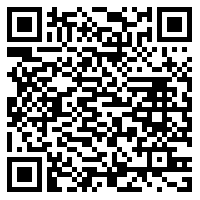