Last week we discussed lack of gratitude – one of the most destructive forces in our society. When people think everything is coming to them, they become selfish, angry individuals. They do not know how to reciprocate. They do not know how to be grateful and, worse still, they become bitter and destructive elements in society. They make miserable sons, daughters, and marriage partners. They have no regard for parents, grandparents, Torah teachers, and the elderly.

On the other hand, those who grow up in the cradle of faith with a Torah attitude toward life respond much differently. No matter how agonizing the situation in which they find themselves, they summon fortitude. They do not become angry, nor do they crumble. For those who have faith, that flicker of light from Sinai keeps them going and gives them strength to go on even when they hit bottom.

I did not know that Shlomo had sent a publicity shot of me, microphone in hand, taken at the Garden, to the IDF Entertainment Corps whose decision makers mistakenly thought I was a singer. Some weeks later I received a call from Tel Aviv asking how many performances I was prepared to do. I did not know they had no idea what I was all about. I was so moved by the invitation that I had difficulty finding words. In a voice choked with tears, I accepted. However, after the initial excitement passed and reality set in, I realized I had many hurdles to overcome.

Prior to my speech at the Garden, there had been a half hour of Jewish music and song to create a warm ambience. I wondered what kind of musical accompaniment I would have in Israel. And then, as if to show me that G-d had heard my thoughts, I received a call from a lawyer in Miami I had met when I spoke there and had the privilege of bringing back to the Torah way of life.

I would have much preferred a band proficient in Jewish music but, having no other options, I convinced myself it might work and accepted their offer.

My first program was in Ramat David, one of the largest air-force bases in Israel, and I must admit I was nervous. I had heard that Israeli audiences were tough.

The band was a great hit and they couldn’t wait for me, the “singer,” to begin my act. I froze in terror and wondered how I had ever allowed myself to get into this. I heard my name announced and wanted to run, but it was too late. I had no choice but to go on.

“You are a Jew,” I told them in Hebrew. I began to relate the story of our people, of our covenant, of the Torah, or our long and painful saga, of our hopes and dreams, and of our return to the land of Israel after two thousand years in exile. As I looked out over the audience, I realized they were in shock. At first they didn’t know what to make of me, but then I noticed tears in many eyes. The spark from Sinai may have been dormant, but it had never left their hearts.

We were an overnight success in Israel. Invitations kept pouring in from army bases as well as from the municipalities of Jerusalem, Tel Aviv, and Haifa. Our plans had called for a ten-day tour, but the pressure was on to extend our visit.

I called my beloved husband, of blessed memory. “What should I do?” I asked.

“Is that a question?” he replied. “Of course you must stay. The children are in camp and I’m just fine. Speak in as many places as you can and may Hashem help you to spark the pintele Yid in every heart.”

“But I have a problem,” I told him. “My musicians returned to the States, and I have no one to replace them.”

“Don’t worry,” my husband said. “G-d will send you someone.”

That Sabbath eve, as we sat in the dining room of our hotel in Jerusalem, the maitre d’ told me there were some yeshiva boys in the lobby who wanted to speak to me.

“Rebbetzin,” one of them said, “we are yeshiva students and we have our own band. We came to welcome you to Jerusalem and to offer our services.”

“Aren’t you going to ask why we are volunteering?”

“I know why. You are yeshiva guys and know the importance of reaching out.”

“Yes, that’s true, but there is an additional reason.” And then he began telling me his story.

“A few years ago, I lived in New York. I had no understanding of Judaism. My life was music and I was going to go to Paris to continue my musical studies. One day I was walking on Kings Highway in Brooklyn when suddenly I heard a crash and the screech of brakes. I looked up, and there in the street, covered with blood, was a rabbi who had been run over by a car. I rushed to his side and tried to talk to him but he didn’t respond, so I stayed with him and held his hand until the police and an ambulance came.

“As he was lifted onto a stretcher, I noticed his lips were moving. It seemed like he wanted to tell me something. I leaned down and bent my ear close to his lips so that I might hear him.

“ ‘Sonny,’ the rabbi whispered again, though it was obviously very painful for him to speak, ‘you must go to Jerusalem and study Torah.’ ”

The young man paused for a moment before continuing: “Here was this rabbi, suffering from multiple fractures, his body bloody and bruised. And despite his pain, what does he do? He tells me to go to Jerusalem and study Torah. That experience changed my life. So now you know why I’m here.”

I had difficulty answering him. I recognized that story – I knew it well. That rabbi was my father. When he had recovered from the accident he told us of the incident and asked that we try to find the young man so that he could thank him for staying with him until the ambulance came. We never did find him, but now, years later, here in Jerusalem, he had come to thank me and offer his services in gratitude, and I was able to thank him in the name of my father.

No act of kindness is ever lost – it lives on in grateful hearts. A grateful heart has the power to illuminate dense darkness and impart faith even in the most horrific times. And if there was ever a generation in need of it, surely it is ours. 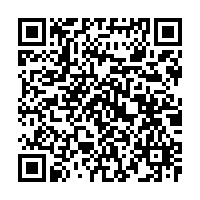