Standing outside the football-field-sized white tent at Jerusalem’s First Station entertainment complex on Thanksgiving evening, 18-year-old H.D. excitedly scanned the crowd trying to find her friends. Wearing full military gear—and with an M-16 slung across her shoulder—the female combat soldier in the Israel Defense Force was more than ready for a break from duty to spend time relishing the holiday with like-minded Americans serving Israel’s military.

H.D., along with 1,000 others like her who gathered on Thursday evening, is a lone soldier—one of many who arrived in the Jewish state to pursue a dream of serving in the IDF, despite not having any immediate family in the country.


The Thanksgiving event inside the tent, which included a traditional Thanksgiving turkey dinner, a beer cart, NFL football on large screens and live music, is organized annually by the Lone Soldier Center named in memory of Michael Levin, a lone soldier from Philadelphia who immigrated to Israel in 2002 and fell in battle four years later while serving in the Second Lebanon War.

The organization was founded in 2009 by former IDF lone soldiers with the goal of giving support and meeting the physical, mental and social needs of the 7,000 lone soldiers currently serving in the IDF before, during and after their service.

H.D., who grew up in a Zionist household in Silver Spring, Md., tells JNS that she decided to enlist in the IDF because she believed that “this is my generation, my turn” to serve in the army and protect Israel against what she believes are existential threats.

She says that she arrived at the Thanksgiving event with the hopes of getting the feel of the holiday she was missing back at home. “My dad and I had a tradition of staying up the night before Thanksgiving and smoking a turkey. I miss that so much. But this event is a chance to see my friends and get a taste of home.”

Having just completed her basic training, H.D. says that the people at the Lone Soldier Center have become her “adopted family.”

“They supported me during tough times I was having in my training,” she says. “Visits to the center gave me the chance to sit and talk, and get to know new people. It is an incredible resource.”

The Lone Soldier Center’s spacious offices, based in downtown Jerusalem, serve as the hub of the organization’s regularly scheduled activities. A Tel Aviv office/hub exists as well.

J.F., a lone soldier from South Florida serving in the IDF’s Brigade of Technology and Maintenance, echoed H.D.’s sentiments, saying that the center “helped me from the time I started the draft process all the way through.” He also sees it as a place to do laundry, grab some food and coffee with friends, and get the feeling of being at home.

He has an extreme example of the help he received, noting that thanks to the organization he was able to attend his mother’s funeral back in the United States. “They covered my flight,” he says, since he couldn’t afford the plane ticket.

‘Difficult away from family and friends’

Yehoshua Sigala, the organization’s director of marketing, adds that the center holds two other major annual events for Israel’s memorial and independence days.

He tells JNS that “Thanksgiving isn’t a Jewish holiday, so for lone soldiers, it can be difficult being away from family and friends.” He says during the High Holidays, for example, many lone soldiers will get invitations for dinner and services, but since Israelis don’t celebrate Thanksgiving, the organization goes all out for them to fill the void.

A mistaken belief does exist in the minds of some that lone soldiers are a group made up exclusively of young adults from abroad. Akiva Werber, who is on the Lone Soldier Center’s board and has worked with this population in various professional capacities over the years, including running the logistics for the army’s volunteers from abroad program (known as Machal) in the 1980s, explains that lone soldiers also consist of Israeli citizens as well.

He tells JNS that in many cases, ultra-Orthodox (haredi) soldiers “don’t have the financial support from home and don’t have the social cues at all [when it comes to making it in the army], and we’re here to support them as well. Some Israeli at-risk youth who come from broken homes also are considered part of the lone-soldier population as they lack the support they need to make it as a soldier.”

Volunteering at the Thanksgiving event, Werber says that working with lone soldiers “is a true passion.”

Newly appointed Defense Minister Naftali Bennett took time out of his schedule to make an appearance at the event in order to praise lone soldiers on behalf of the government, as did Fleur Hassan-Nahoum, deputy mayor of Jerusalem. Former Knesset members Michael Oren and Dov Lipman were in attendance, while Aryeh Lightstone, senior adviser to U.S. Ambassador to Israel David Friedman, also addressed the crowd.

Also invited to break bread with the IDF soldiers were 10 U.S. Marines stationed in Israel. One Lone Soldier Center official shared that camaraderie already exists between the two groups, as one of the army units consisting of lone soldiers who live in Tel Aviv has a regularly scheduled running group with this set of Marines.

Beverley Jacob and her husband Marty, of Boca Raton, Fla., stopped by the event to check it out, as they have not one, but two sons currently serving in the IDF as lone soldiers. She says she is “simply in awe” of her sons’ dedication and commitment.

“I can’t imagine how hard it is what they are going through,” she tells JNS.

She adds that the Thanksgiving event “is so important, and that they need all the support they can get. Many are on base; they haven’t slept, haven’t eaten, and thank G-d, they can gather here and share with each other—and in English!” 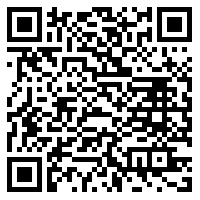