President Trump’s Justice Department has asked the U.S. Supreme Court to consider and reverse a decision by ten judges of the federal court of appeals in Richmond that invalidated Trump’s travel ban because the judges determined the ban was unconstitutionally motivated by anti-Muslim bias.

Chief Judge Roger Gregory’s opinion cites statements made by candidate Trump as proof that hostility to Muslims was the true intent of the president’s executive order, even as the court of appeals’ opinion admits that, on its face, the “temporary suspension of entry” from designated countries serves an important national-security purpose.


Judge Gregory minced no words. He held that the statements Trump made while he was a candidate “drip with religious intolerance, animus and discrimination.” This conclusion was so obvious to the ten appellate judges that they quoted Jonathan Swift’s famous maxim: “There’s none so blind as they that won’t see.” The judges who joined the majority opinion self-righteously exclaimed, “We cannot shut our eyes to such evidence when it stares us in the face.”

The petition requesting Supreme Court review filed by the acting solicitor general called the appeals court’s ruling a “remarkable holding.” It noted that American courts do not invalidate “religion-neutral government action” because of “speculation about officials’ subjective motivations.”

In upholding a public display of the Ten Commandments, the Supreme Court had said that it is not a judge’s job to engage in “judicial psychoanalysis of a drafter’s heart of hearts.” Nonetheless, ten federal appellate judges eradicated a presidential directive designed to protect the safety of US residents because the judges discerned religious prejudice against Muslims in the president’s motivation.

If anti-religious bias was so plain in the travel ban case, why did the same august group of federal jurists not recognize religious prejudice against Jews that stared the judges in their faces? I appeared before the Court of Appeals for the Fourth Circuit in a case involving Susan Abeles, an Orthodox Jewish employee of the Metropolitan Washington Airports Authority. In 2013 she was suspended without pay for having observed the concluding two days of Passover. During the 26 years that she worked at the same job for the Airports Authority, she had given her supervisors a list of Jewish holidays at the beginning of every calendar year. They knew that on holidays like Rosh Hashanah, Yom Kippur, Sukkot, and Passover she would be out on annual leave.

Susan had relatively new supervisors in 2013, and they did not like her. She disputed their allegation that she was “insubordinate.” Her past performance evaluations by many different supervisors had been excellent, and she had won several awards. When the Passover holiday approached, Susan noted the four dates when religious observance would keep her out of the office on her supervisors’ Outlook calendars.

The concluding two days of Passover in 2013 were on Monday and Tuesday. Neither of her supervisors was in the office on the Friday before the holiday, so Susan sent them an e-mail reminder at noon that she would be out of the office to observe the religious holiday on Monday and Tuesday. Her second-level supervisor replied in an e-mail: “Thanks. Please see my note about providing us a status update before you leave today.”

This amounted to full compliance with the language of the Airports Authority’s “Absence and Leave Directive” which specified that employees should have “an exchange of e-mails between the employee and supervisor.” Nonetheless, when Susan returned to work the following week she was told she had been “AWOL” for the last two days of Passover because her immediate supervisor had not given her oral approval. Susan was suspended without pay for an additional 5 days for “failure to follow leave procedures” and being “absent without leave.” In such a hostile work environment that failed to respect her religion, Susan felt she had no choice other than to take early retirement.

The federal Civil Rights Act requires both government and private employers to make a “reasonable accommodation” for the religious observances of their employees. Susan filed a complaint with the Equal Employment Opportunity Commission, and then brought a federal lawsuit against the Airports Authority. The Authority moved the case from the District of Columbia to Virginia, and 16 days before a jury trial was to begin, the federal judge in Virginia threw out Susan’s case. He did not, in an opinion he issued more than two weeks after his decision, even mention the “reasonable accommodation” provision of federal law.

Although her appeal was supported by both the American Jewish Committee and the Becket Fund for Religious Liberty, three judges of the Fourth Circuit court rejected it on the ground that Susan did “not establish . . . a religious conflict with an employment requirement.” Contradicting undisputed documentary evidence, the three appellate judges declared that Susan had “failed to obtain advance approval for her absence on April 1 and 2, which coincided with the last two days of Passover in 2013.”

The three judges tried to bury this decision by classifying their 16-page opinion as “Unpublished.” Their factual error in describing the Airports Authority’s annual-leave policy was called to the attention of the full complement of active Fourth Circuit judges in a petition for rehearing that quoted the language of the directive on annual leave (which did not require approval by an employee’s “immediate” supervisor) and the exchange of e-mails between Susan and her second-level supervisor.

The full court – which included all 10 judges who claim that religious bias in the presidential travel ban stared them in the face — rejected the request for rehearing, apparently oblivious to flagrant religious discrimination against a Jewish employee.

Had Susan followed the procedure that the appellate court mistakenly believed she should have followed, her supervisors could not , under the Civil Rights Act’s “reasonable accommodation” provision, have lawfully denied her request for annual leave. So she was punished for having failed to make a purportedly obligatory request for leave on a religious holiday when the request was meaningless because it could not lawfully be rejected.

Could there be more obvious staring-you-in-the-face proof that Susan was the victim of anti-Jewish bias by her supervisors than the punishment she was given for absence on Passover after she had received the e-mail approval of her second-level supervisor? Are the ten appellate judges who rejected her Civil Rights Act claim not perfect embodiments of Swift’s condemnation of those who are blind because “they won’t see?”

As Susan’s lawyer I have called the Supreme Court’s attention to this double standard in a friend-of-the-court brief I have filed in the travel-ban case. We announce her intention to take her case to the Supreme Court. That court, unlike the United States Court of Appeals for the Fourth Circuit, may have judges who will recognize religious discrimination when it stares them in the face. 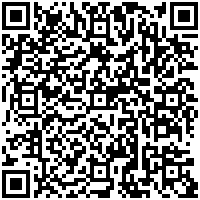