President Reuven sent his deep condolences on Saturday night to the family of the young Border Guard Policewoman murdered in Jerusalem by a Palestinian Authority terrorist Friday while guarding the Old City’s Damascus Gate entrance.

Hadas Malka, z’l, 23, was laid to rest overnight in Ashdod after being stabbed to death at the start of the Sabbath Friday in a terrorist attack by three PFLP operatives near the Damascus Gate entrance to the Old City of Jerusalem. Four other people were wounded, including a police officer, two Arabs and a woman treated for shock.


Nearby police officers shot and killed the terrorists.

“My heart is with the family of Hadas, may her memory be a blessing, the guardian of the walls, during these difficult times of deep sorrow,” President Rivlin said in his message to the family of the young victim.

“I send consolation and embraces to her family and deeply thank all those who fought heroically and resolutely for the sake of peace of our citizens.

“The heart goes out to the brave warrior, who from her pictures seemed full of joy of life, and a love for the meaningful service in which she served.

“The steadfastness of our forces enables us to continue to live here in Jerusalem and throughout the country, a life of security and routine in the face of the murderous forces of the terrorist organizations,” he continued. The president vowed Israel “will prosecute all those who aid terrorists, wherever they may be.”

Hadas Malka, z’l, is survived by her parents, three sisters and two brothers.

Baruch Dayan HaEmet. May her memory be for a blessing and may her blood be avenged. 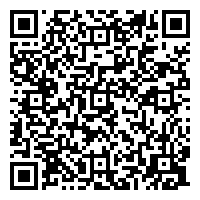