3. Al-Tamimi’s claim – that Mahmoud Abbas is not an Arab but of Iranian origin and is not Muslim but Bahai and therefore a heretic to Islam – is not new. His supporters refute this very energetically, and his detractors bring it up every time he says or does something they don’t agree with. This claim is intended to undermine the legitimacy of Abbas to rule or to surrender what they see as their historical inheritance, which they received from Him who dwells on high.

4. The attitude that is expressed in this article must be made clear to all those who think that the conflict between Israel and her neighbors is territorial, national or political, because the basis for this conflict is religious, between the Muslims and the Jews, between what Muslims see as “Din al-Haq” – the religion of truth which is Islam, and what they call “din al-Batel” – a religion of falsehood, which is Judaism. Incidentally, Christianity is also a religion of falsehood according to their point of view.


5. The spokesman of the Bahai community in Israel contacted me after the article was published and asked me to add the following:

The rumor that Mahmoud Abbas is Bahai is well known and has been disseminated by his opponentsfor several years. According to the Bahai community he is not a Bahai, has never had any connection with the Bahai community, and those who propagate this false allegation do so in order to undermine his Islamic credibility.

Whoever ignores the religious basis of the conflict misses the root of the problem and therefore will not be able to arrive at the correct solution.

The solution to the problem that Islam has with Judaism is by means of a mechanism of “temporary peace” that Islam can give to an illegitimate but strong state which it cannot defeat, a temporary peace that can survive forever, as long as this state is strong and invincible.

Only religious authorities can arrive at a religious solution to the conflict between Israel and her neighbors, because only they have the legitimacy to cope with religious arguments like those of al-Tamimi. Only religious Muslim leaders have the authority to decide when “al-Masalha” – the overall interest – obligates the Muslims to come to an agreement with invincible infidels. This is no simple matter, but possible, and throughout the history of Islam there have been not a few instances when those with religious authority have reluctantly found creative solutions to religious-based issues. The conflict between Israel and the Islamic world is no different in its basic character from other instances.

Because of people like Tamimi and the tens of thousands who have similar attitudes, Israel must continually be perceived as an invincible state. Only thus will she win a peace, temporary but unlimited in time, which will win the seal of approval from the religious people of Islam, such as al-Tamimi. 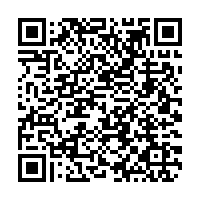