As I write, The Algemeiner is reporting that Israel and Jordan will cooperate in the installation of video surveillance cameras on the Temple Mount, perhaps within days.  The Palestinian-Arabs do not like it because they know such footage will show the world who the aggressors are on the Mount.  On the other hand, the videos, which apparently will be live-streamed to the web, will also be used as a tool to maintain the racist status quo.


If you are a Jew or a Christian or a non-Muslim of any sort, you are denied the right to pray at the site by the Jordanian Waqf… whatever that is, exactly.  At Judaism’s holiest site, within the ancient Jewish capital of Jerusalem, within the Jewish State of Israel, only Muslims are allowed to pray.  The policy could hardly be more at odds with western liberal values and, yet, all the western governments support it.


Here, for example, is a recent video of a Danish Christian pro-Israel woman getting kicked off of the Temple Mount only because they have her on film from a previous visit singing.  I am rather surprised that they did not drag her away as a terrorist.  Instead, the Waqf police told her that she had no right to sing in the mosque.  She said that she was not in the Al-Aqsa mosque, but outside.  He told her that the entire Temple Mount is a Muslim mosque.

And now the Arabs are even trying to claim possession of the Western Wall.

So, just who exactly is trying to alter the status quo on the Temple Mount?

This new policy, however, of streaming live action footage from the Mount to the internet is, in my view, an absolutely terrific idea.  Let Arab-Muslim “worshipers” on the Mount – with their holy rocks and holy pipe bombs – aggressively intimidate non-Muslims by screaming at them, Alahu Akbar!!, and physically trying to drive them away, while the cameras roll 24/7.

It was not all that long ago that US Congressman Dennis Ross met the crazed Women in Black who have recently been banned from the site… or so I sincerely hope:

It is a disgrace.

The Temple Mount is one of the most historically significant sites in the world and, yet, within the State of Israel non-Muslim visitors are treated like garbage when they visit.

With luck, however, the video live-streaming will have a moderating effect on Arab behavior and perhaps they will feel a little less free to demonstrate their violently racist hatred toward others on the holiest site to the Jewish people.  It must be emphasized, by the way, that the Temple Mount is emphatically not the third holiest anything to anyone.  That is a lie that has be drummed up since the rise of Zionism at the end of the nineteenth-century and the beginning of the twentieth.

Although Jerusalem has had on-again, off-again significance in Islam, it was always dependent on the political moment.  Prior to the rise of Zionism the Temple Mount was essentially a ruin.  Some Jews would pray there, but the site was ignored by the Muslims because it had held no political value for centuries until the major aliyahs began.  It was only when the Jews started to come home in significant numbers that suddenly the Muslims re-discovered their third holiest site.

PA officials have over the past few days dismissed the idea, arguing that Israel would use the cameras to arrest Palestinians “under the pretext of incitement.”

PA Foreign Minister Riad Malki said earlier this week that the Israeli-Jordanian agreement to install the cameras, which was reached under the auspices of US Secretary of State John Kerry, was a “trap.”

A pretext and a trap, eh?

The implication is that incitement to genocide against Jews is merely a pretext for locking up Arabs.  This can only mean that there is nothing morally wrong, not to mention illegal, about spreading such incitement.  As for the cunning trap, my recommendation to Muslims who go upon the Mount is to play nice with others and then you will not have to fall into this insidious “trap.”

Adnan Abu Odeh, a high-level Jordanian politician said, “The cameras will document anyone who caries out an assault or Jews who want to pray there.”

The obvious implication is that there is a moral equivalency between a thug endeavoring to assault an innocent person… and Jews praying.  The ethical blindness and hypocrisy of those like John Kerry, Barack Obama, Ban Ki-moon, and all those European leaders for whom this stance seems fair, is profound. 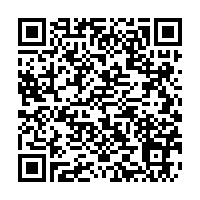