Q: Can the U.S. be of any help in Syria, as Obama administration officials – and John McCain —  meet with some leaders of Assad’s opposition?

A: This is a big question. Remember that the Obama Administration courted the Bashar al-Assad dictatorship until it had to change course because of the rebellion. Then it backed the Muslim Brotherhood—this is easy to document—and as soft on the Salafist radicals. Now they have awoken too late trying to find non-Islamist moderates. Just as in Turkey, the Brotherhood types refuse to be flexible or listen to the United States but they still get the goodies. McCain understands nothing. He meets with the Free Syrian Army which probably has less than five percent of the armed rebels. The civil war will go on for years, wreck Syria, kill tens of thousands of people, create two repressive regimes, and be a big strategic mess. I prefer the rebels to Assad but the margin isn’t huge. This is a tragedy but it has become like the Iran-Iraq war. Neither side of good for U.S. interests and when it does finally end, watch out for more instability! The problem is gloomy because it has involved so much Western wishful thinking. Every time I’m interviewed by a Western journalist they claim that these radical Islamist regimes will inevitably become moderate despite all the evidence to the contrary.


Q: What do the National Security Agency surveillance leaks — Edward Snowden on the run – look like to you, from afar?

A: As I’ve written, the main angle I have tried to show is that this is not the way to handle a counterterrorist policy. It really looks as if terrorism is an excuse for gathering information on U.S. citizens. This NSA approach is like the TSA approach to airport security: pretend that everyone needs surveillance rather than using profiles to focus on the likely threats. ‘ 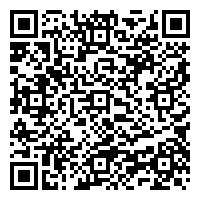