{Guest Columnist,  Itai Reuveni, is a researcher for NGO Monitor}

The foreign ministers of the European Union member states met last Saturday in order to discuss the refugee crisis, a direct consequence of the bloody conflicts of Syria and Iraq. Facing Europe’s most complex and pressing challenge, the EU leadership decided to do the obvious: label products manufactured in Jewish communities in the West Bank, East Jerusalem, and the Golan Heights.

While claiming that it opposes the boycott of Israel, the EU is making the dreams of BDS (boycotts, divestments and sanctions) activists come true. For these anti-Israel campaigners, product labelling is a first step towards a comprehensive boycott of Israel. The insidious nature of BDS and the unfortunate contribution of the EU and European governments to this campaign is especially prominent when viewed in the context of recent BDS incidents, which reflect the campaign’s racist and antisemitic nature. Rather than promoting peace and coexistence, and paving the way for a more productive Palestinian economy, BDS campaigns aim at harming anyone or anything that even has a slight affinity for anything Israeli or Jewish. One of the latest controversies involved American-Jewish singer Matisyahu, who was subjected to bullying and intimidation from BDS activists and was eventually uninvited from performing at a music festival in Spain, after refusing to publicly express his political views regarding the Arab-Israeli conflict. Following pressure from the Spanish government and Jewish organizations, the decision was revoked and Matisyahu performed at the festival, showing the world that music can overcome hate.

There is a blatant paradox in the fact that governments that are officially opposed to BDS, nonetheless provide substantial funding to highly biased and politicized NGOs. Some of these NGOs promote international BDS campaigns and contribute to the broader campaign of delegitimization and demonization of Israel. NGO Monitor has systematically documented direct and indirect funding from European governments and the European Union funneled to political campaigns that involve demonization of Israel, including anti-Israel BDS, which stand in stark contradiction to the official European policy. Furthermore, often government donors provide funds without oversight and without knowing where the money is going.

Take the BDS campaign against the Orange mobile phone network in Israel (hereafter Partner Communications, the official name of the Israeli firm; Orange is the France-based holding company). In this case, the French government funded its own boycott. Three NGOs behind the campaign, Catholic Committee Against Hunger and for Development-Terre Solidaire (CCFD), the International Federation for Human Rights (FIDH), and Association France Palestine Solidarité (AFPS) are all funded directly by the French government. The same French government which owns 25% of Orange and is “firmly opposed” of any boycott of Israel.

In a parallel situation, Dutch-funded NGOs spearheaded a campaign against Mekorot, the Israeli water company. They falsely accused Israel of water “discrimination” and “stealing water” and blatantly distorted binding international agreements between Israelis and Palestinians. Among others, the NGOs leading it were ICCO, Oxfam Novib, Pax (formerly IKV Pax Christi), and Cordaid — all heavily funded by the Dutch government. The irony is that the attack against Mekorot reached its climax in the same month that the Dutch government promoted a new development cooperation agreement with Israel. 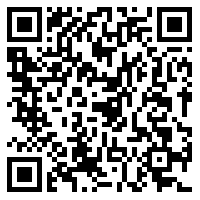