Noting in 1937 that “a secure Jewish State would bolster the regional position of Britain,” while “a splintered Land of Israel would weaken, and possibly, eliminate, the Jewish State,” Meinertzhagen delineated the security lines of the Jewish state [before the intensified unpredictability, instability and threat generated by the Arab Tsunami]: from the Lake of Galilee to the Jordan River, the Dead Sea and the Gulf of Aqaba in the east; from the Gulf of Aqaba to Rafiah (Southern Gaza) in the south; the Mediterranean in the west; and the Litani River (Southern Lebanon) in the north. Meinertzhagen’s map was similar to the map of Israel’s minimal security requirements, submitted on June 29, 1967 to President Johnson by General Earl Wheeler, the US Chairman of the Joint Chiefs-of-Staff.

Against the backdrop of the 2014 controversy over the Jewish State Law, it is instructive to read that, Col. Meinertzhagen indicated in 1932: “it is clear that [for the sake of Britain] the Land of Israel will become a Jewish State no less than England is English.” 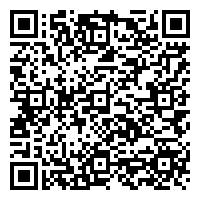