We all as human beings fall short of perfection and even our spiritual heroes wear clay feet in some areas of human endeavor. In fact, this aspect offers the rest of us some glimmer of hope since it entails the consequence that there is a real possibility that we can transition to a better version of ourselves. The character of Holocaust rescuer Aristides de Sousa Mendes, not sufficiently known by many, is a powerful moving paradigm of this truth. Sousa Mendes was Portugal’s Consul General in France during the Nazi rule of Germany in World War 2, and as it turns out may have saved the lives of more Jews  than any other rescuer  as well as extremely high numbers of non-jews during that horrific period.  In the earlier years of his life prior to the Holocaust although in certain ways a decent individual devoted to his increasing growing family (ultimately 15 children) but was also a rather self-indulgent hedonistic in countless ways . He was a well cultured extremely wealthy aristocrat and bon vivant loving high literature, music, and wine especially of his homeland Portugal of which he wrote a book extolling its high culture.

However, when the Holocaust was in its initial stages certain changes occurred where he was stirred extraordinarily to transform himself in his life outlook. Portugal was technically neutral during World War 2 and as Consul General one of his responsibilities was issuing visas which he used enabling those threatened by the Nazis to escape France and its occupied regions during Nazi rule. He without his government’s permission used this opportunity to open the door for escaping doomed Jews as well as innumerable non-Jews who the Nazis considered state enemies. The numbers helped were staggering, more than any other which by Yad Yashem’s confirmation included 30,000 people of which 10,000 were Jews. Sousa Mendes suffered enormously by his own government as a result of his actions and as will be shown in this article he was reduced to abject poverty without adequate food, shelter and even minimal adequate clothing. In the course of his blitzkrieg Adolf Hitler ultimately reached and took over France setting up the Vichy puppet government and people fled by the thousands in droves leaving behind them all they had owned. They left not only in cars, horse carts, , bicycles and even travelled afoot.


Mendes in the midst of this turmoil one day approached Bordeaux Synagogue and encountered a Polish rabbi named Chaim Kruger who was fleeing with his wife and 5 children. Sousa invited him back to the council and offered him a visa against his county’s policy but Kruger turned him down and declared he could not leave without other Jews being granted similar passage. This meeting with Rabbi Kruger had a transformative effect upon Sousa. Finally, after 3 days of soul-searching meditation, he emerged and resolved to issue visas to everyone who sought them regardless of consequences to himself. Sousa further boldly and incredibly opened his own home to refugees for shelter as well as the council space while it was available.

Ultimately Sousa Mendes was dismissed by Salazar from his position as Council through a mock trial and with no means of support for himself with his family of 15 children where he  lost his home and forced into bankruptcy as well as denied his pension. He was stripped of his justly earned wealth in the process. His children with help from Jewish organizations fled to the US and Canada and one daughter to Mozambique. Sousa was reduced to such abject poverty he found himself as well as his entire family taking meals at a Jewish community kitchen.

In the course of sweeping rescue of tens of thousands, he saved the lives of a multitude of well-known artists and writers including Salvador Dali and his wife whose visas enabled them to flee to the US. Also included was HA and Margaret Rey writers of the well-known children’s literary work “ Curious George.”  Further the married actor and actress Marcel Dalio and Madeline LeBeau were saved who later ironically appeared in the classic Casablanca film as Nazi victims with the latter featured in the classic scene where she sings “La Marseilles.”  The injustice leveled by the Salazar regime was augmented further by its response to the ultimate pending triumph by the allies when it took false credit for the courageous humanitarian actions of Mendes. In the Spring of 1954 Sousa after prolonged illness suffered from a final stroke and died at age 68 where the Salazar regime eradicated his memory. He was buried in a borrowed tunic for lack of appropriate clothes of his own. His children urged Jewish leaders in Portugal, Israel and the United States to formally recognize their late father’s noble and gallant achievements.

In 1966 Yad Vashem honored him as as one of the “Righteous Among Nations” and Israel followed by naming a major square in his honor. In 1986 70 members of Congress sent a letter to Portugal’s new president Mario Soares urging him in recognizing the humanitarian achievements of Sousa Mendes. The following year the US House of Representatives passed a resolution paying tribute to him. The Portuguese government responded admitting they made mistakes. Further in 1988 Portugal’s Parliament with prompting from a US resolution promoted him the rank of ambassador and followed by  its bestowing upon him the highest posthumous honor a cenotaph in the national Pantheon.

A great Foundation “The Sousa Mendes Foundation” was created in his memory which may be found at https://sousamendesfoundation.org where one of its prime projects is to turn his old, foreclosed home at Casa De Passal into a museum that chronicles his special life.  In a private interview with Michael McCade I was informed this project has already progressed to a physical phase and construction has already begun with much demolition accomplished.

Yet the years of neglect took its toll and Sousa Mendes remains a blank space in the minds of multitudes, and I believe that journalists’ and historians are indebted to keep his memory alive in consistency with his deeds. He transformed himself to extraordinary heights serving as a paradigm for all of the capacity to transform and elevate the human condition to greatness.  In his last years he asserted  “I could not have acted otherwise, and I therefore accept all that has befallen me with love.”

In recent days we have witnessed the development of a crisis that in some central respects bears a parallel to what has happened in the early years of World War ll and to which Sousa Mendes responded. This involves the invasion of Ukraine by Russia and human victimization that this act has brought with it. Today people are fleeing Ukraine in desperation under threat of another tyrant Vladimir Putin with no regard for human life and involves terms like cleansing for those who stand in his way or whom he perceives as less human. It would stand well to remind ourselves of Sousa Mendes as a model in our attempt to help the refugees involved, and further with regard to many remaining who possess the determination  to defend themselves let us recall the precedent of Purim when by the actions of Queen Esther the people were granted the opportunity to defensively act in overcoming their enemy. Let us hope and pray the Ukraine people overcomes the Haman of this day that confronts them. 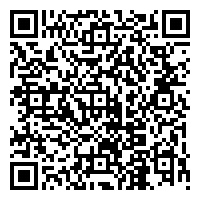