It may also be beyond repair.

In May 2019, Robert Mueller, the Special Counsel hired to investigate the matter of whether US President Donald Trump conspired with Russia to interfere in the 2016 election said there was a limit as to what he could do in his investigation, as “a President cannot be charged with a federal crime while he is in office.” Democrats went berserk.

In Israel, Prime Minister Benjamin Netanyahu has been accused of various crimes including trading favors with an Israeli news outlet for favorable coverage, and now people claim he is trying to build a new ruling parliamentary coalition with parties which will protect him from indictment. The left-wing parties have gone nuts.

Around the world, leaders of democracies are possibly breaking the law to get into power or stay in power, and are using the system to try to avoid paying any price for their actions.

That’s the game of politics that politicians play: they compete vigorously to get in power, to stay in power, and to remove the other party from being in power. Whether laws are or are not broken, the opposition party goes into high gear to bring the ruler down. While it may sometimes appear that politicians are noble in trying to uphold the law, even a toddler is cynical enough to not lose sight of the fact that the nature of the purported Trump and Netanyahu crimes were getting into and maintaining power at the expense of those very people who are now trying to bring the leaders down. That’s why there are some laws to prevent and limit rulers from being sued in the courts, as they are perpetual political targets for opposition parties and their fans.

But what happens when there are REAL CRIMES such as rape and murder? What if there is NO RECOURSE to hold the party accountable? What if there are NO OPPOSITION parties and all of the power resides in a single person and a dysfunctional committee? That doesn’t happen in democracies.

That’s the disgrace of the United Nations.

The Crimes and Immunity of the United Nations

The crimes of the UN and its agencies are plentiful:

And no one goes to jail. No one pays a fine.

As noted in UN Watch:

“By virtue of the Convention on the Privileges and Immunities of the United Nations, and the UN Charter, the U.S. Federal Court has ruled that “the UN is immune from suit unless it expressly waives its immunity.”

Likewise, the Appeal Court in The Hague ruled that “the UN has been granted the most far-reaching immunity, in the sense that the UN cannot be brought before any national court of law in the countries that are a party to the Convention.”

Regarding the cholera epidemic in Haiti, former Secretary General of the UN Ban Ki Moon expressed sympathy for the injured, but refused to pay compensation to the victims. You see, the UN is above the law. It’s above everything.

In September 2018, then US Ambassador to the UN Nikki Haley introduced a resolution at the Security Council to finally hold the bad actors accountable. The resolution went nowhere because China and Russia killed it. Undeterred, the U.S. took some unilateral actions, such as cutting funding for various UN agencies which have failed to reform.

So the politicians and their media partners came out swinging again.

The left-wing journal The Nation, attacked Haley a few weeks later after she submitted her resignation with an article titled “Nikki Haley Was Never The Adult In The Room.” Another left wing paper, The Washington Post wrote a piece “Nikki Haley Somehow Avoided Public Humiliation and Legal Jeopardy.” Even though there was no accusation of Haley committing a crime nor positioning to gain power, the political game was being played by left-wing media with a wink from left-wing politicians.

The Nation couldn’t spare so much ink about the appalling behavior of the United Nations.

A report from the Associated Press claimed that over 2,000 people were raped and sexually exploited by UN peacekeepers, principally from Bangladesh, Brazil, Jordan, Nigeria, Pakistan, Uruguay and Sri Lanka. One of the rape victims said “as far as the UN goes, they came here to protect us, but all they’ve brought is destruction.” Adding to the injury, the evil perpetrators have gone unpunished.

In democracies, there are some limits to the charges which can be leveled against a leader accused of misdemeanors, particularly as they relate to the power game of politics, but ideally there are no protections if the leader committed high crimes like rape and murder. But the United Nations is no democracy and the majority of its constituents are not democracies. It smugly claims to solve “issues confronting humanity” while it commits horrific abuses around the world.

It is well past time to hold this body accountable or to defang it completely.

The Sad Assault on Women in the Middle and Far East 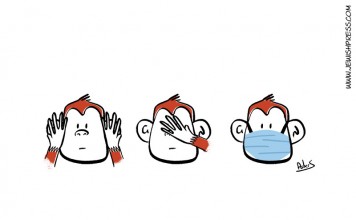 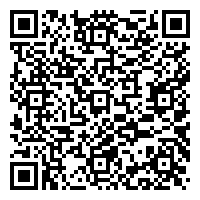