Nearly seven decades since the end of World War II, Poland is once again turning on its Jews.

In a stunning move last week, the lower house of the Polish parliament rejected a bill that would have restored the legality of shechita, or kosher slaughter, by a vote of 222 to 178.


After a Polish constitutional court had previously banned the practice in December, asserting that it violated the country’s animal-rights legislation, the government in Warsaw sought to override the decision in the wake of worldwide criticism.

But 38 members of the ruling Civic Platform party voted against the government-sponsored bill, sending it – and Poland itself – down to an ignominious defeat.

You do not have to be a Holocaust scholar or student of modern European history to understand how bitterly ironic this turn of events is.

For a country in which 3 million Jews were murdered during the Nazi era to bar Jews from freely practicing their faith is a disgrace and an outrage.

Ever since the downfall of Communism two decades ago, Poland has striven to become a liberal Western democracy. But protecting the rights of minorities is one of the key barometers for determining the health of a free and democratic society. By this measure, Poland is clearly failing the test.

Ostensibly, its decision to prohibit shechita is a question of protecting animals from unnecessary suffering during the slaughtering process. But as anyone who has seen a Jewish ritual slaughterer meticulously check his knife to ensure it is completely smooth can attest, shechita is in fact precisely about minimizing, as much as possible, the pain caused to the animal.

Indeed, as Maimonides writes in the Guide for the Perplexed (Chapter 48), the Torah intended that the animal be killed in the gentlest way possible and prohibited us from causing it needless agony.

Over the years, there have been numerous scientific studies that have confirmed that shechita is humane.

As Dr. Stuart Rosen of the faculty of medicine of London’s Imperial College has written concerning shechita, “The speed and precision of the incision ensures the lack of stimulation of the severed structures and results in the immediate loss of consciousness.”

“Irreversible cessation of consciousness,” he continued, “and insensibility to pain are achieved, providing the most effective stun. There is no delay between the shechita stun and subsequent death so the animal cannot regain consciousness, as can happen with conventional slaughter methods.”

Other experts, such as Dr. Temple Grandin, a professor of animal science at Colorado State University and a world-renowned authority on designing livestock handling facilities, have also concluded that shechita is at least as humane as other conventional procedures used to slaughter animals.

It is therefore hard to escape the feeling that what truly motivates the opponents of shechita is perhaps sheer anti-Semitism.

After all, to declare shechita inhumane is by extension an allegation that Jews are gratuitously cruel. It is nothing less than an assault on an ancient practice that is central to Jewish communal life, one that sends a message loud and clear: Jews are not wanted here.

In an interview with a Polish radio station, Chief Rabbi Michael Schudrich condemned the parliament’s decision, going so far as to threaten to resign over the matter.

“I cannot image how I am to continue as chief rabbi in a country where the rights of Jews are not complete,” he said. “Ritual slaughter,” he noted, “has been demonized in this country, when, in fact, it is not as brutal as it is being presented.”

Sadly, by placing the rights of cattle before those of Jews, Poland has managed to undo more than two decades of efforts to repair its ties with the Jewish people. The Poles have shown they can be astonishingly insensitive to the Jews who live in their midst, and equally callous toward the demands of civil liberties and constitutional freedoms.

In a letter of protest to his Polish counterpart, Israeli Knesset Speaker Yuli Edelstein wrote, “I see it as a moral obligation of the Polish people and the parliament in Poland to change this unacceptable decision, a decision that makes Poland the first EU country to forbid kosher slaughter on its soil.”

“I hope,” he concluded, “that this troubling and threatening law is removed from the Polish law books at the first opportunity.” 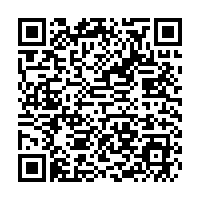