Last week, the oldest and most respected news agency in the United States effectively sentenced an American Jew to death.

In one of the most reckless and irresponsible journalistic acts in recent memory, the Associated Press chose to break the story that Robert Levinson, who disappeared in Iran almost seven years ago, was gathering intelligence on a rogue CIA mission.


Ever since he vanished, the American government had repeatedly asserted that Levinson was a private businessman, knowing that if his ties with the intelligence community would be revealed, it could put him in grave danger.

And that is exactly what the AP has just done: jeopardize Levinson’s life all for the sake of getting the scoop.

This shameful deed was quickly denounced by Republicans and Democrats alike, and rightly so.

“I hope this information does not impede the release of Mr. Levinson in any way,” said Georgia Republican Sen. Saxby Chambliss, who sits on the Senate Intelligence Committee.

He added that, “Many in the intelligence community believe this will push his captors to take his life. I pray this is not the case.”

White House spokesman Jay Carney was also critical of the AP, saying that the report was “highly irresponsible.”

Levinson, who would be 65 years old now if he is still alive, served for 28 years as a special agent with the FBI and the Drug Enforcement Administration before his retirement.

On March 8, 2007, he traveled to Kish Island in southern Iran, where he was reportedly going to meet a business contact, but he disappeared the following day.

In late 2010 and early 2011, Levinson’s family in Florida received photographs of him in captivity. He could be seen wearing an orange jumpsuit with a chain around his neck and hands as he held up signs before the camera. It was the last sign of life they received from Levinson, and the Iranian government has steadfastly denied that he is in their custody.

Nonetheless, on Friday of last week, Republican Congressman Mike Rogers of Michigan, who serves as chairman of the House Intelligence Committee, told Fox News that American officials believe Levinson is still alive and is being held by Iran’s fanatical and elite Quds Force.

“He is in the custody of some pretty bad people,” Rogers noted.

Levinson now holds the unfortunate record of being the American held longest in foreign captivity – over 2,475 days and counting – surpassing Terry Anderson, who was kidnapped in Beirut by Hizbullah in March 1985 and who, ironically, worked as a reporter for the Associated Press.

In its defense, the AP noted that it had “first confirmed Levinson’s CIA ties in 2010 and continued investigating. It agreed three times to delay publishing the current story because the government said it was pursuing promising leads to get him home.”

So then why, you might be wondering, did the AP editors now decide to publish the story?

“The AP is reporting the story now,” the agency asserted, “because, nearly seven years after his disappearance, those leads have repeatedly come up empty.”

In other words, the AP has arbitrarily decided to toss caution to the wind and reveal that Levinson was sent on an unauthorized mission to Iran by agents of the CIA.

What if they didn’t? What if the mullahs had failed thus far to uncover Levinson’s intelligence link?

On the basis of “almost certainly,” how could the AP possibly justify endangering Levinson’s life?

This entire episode is reprehensible and brings dishonor to the AP, whose decision makers have shown themselves to be callous and rash, not even bothering to take into account the pain and emotional distress their actions might cause to Levinson’s family. 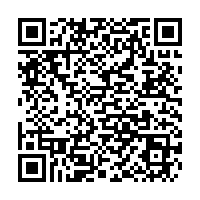