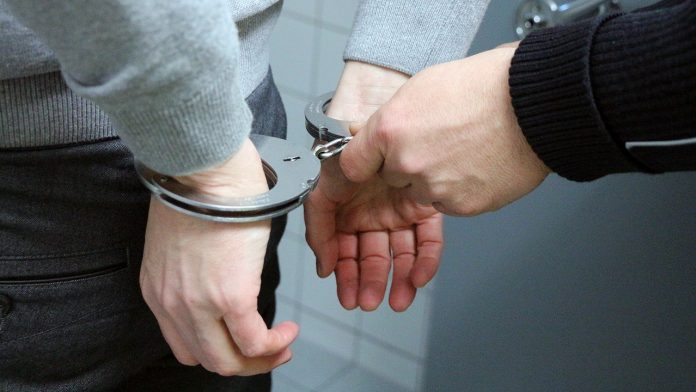 In the past few days, another two journalists, Hazem Nasser and Amer Abu Arafeh, were arrested by the PA security forces — and not for the first time. Nasser, who is from the city of Tulkarem, and Abu Arafeh, who is from Hebron, have, in fact, become “frequent visitors” of PA detention centers and interrogation rooms.

The incarceration of Nasser and Abu Arafeh brings to 16 the number of Palestinian journalists who have been arrested or summoned for interrogation by the PA security forces in the West Bank and Hamas in the Gaza Strip just since the beginning of this year.

The Palestinian Committee for Supporting Journalists (PCSJ) has condemned the continued harsh treatment of its colleagues. The journalists were targeted because of their profession and political views, the committee said. It accused the PA and Hamas of waging a campaign of intimidation and harassment against Palestinian journalists by arresting them, summoning them for interrogation, raiding their homes and confiscating their computers and mobile phones.

According to still other Palestinian journalists, Nasser and Abu Arafeh have been regularly and systematically targeted by the Palestinian Authority security forces on the pretext that they are affiliated with Hamas.

Hamas, for its part, has been taking similar measures against Palestinian journalists in the Gaza Strip who are suspected of being affiliated with Abbas’s Fatah faction. Since the beginning of this year, Hamas has arrested and interrogated four journalists: Huda Baroud, Salah Abu Salah, Tawfiq Abu Jarrad and Luay al-Ghul.

Back to the two most recent victims: Hazem Nasser, a photojournalist who was arrested earlier this week by the PA’s General Intelligence Force, has been transferred to the Palestinians’ notorious Central Prison in the West Bank city of Jericho. His lawyer said that he has been charged with “illegal possession of and trade in weapons.” This charge, which is most likely false, seems designed to make the journalist appear as if he is an ordinary criminal whose arrest has nothing to do with his work or views.

Nasser told his lawyer that he had been physically tortured during his interrogation in the Central Prison in Jericho. He also told the lawyer that he has decided to go on hunger strike in protest against his incarceration and torture.

The Palestinian Center for Development and Media Freedoms (MADA) said that Nasser has denied the charges. The group noted that Nasser was questioned about his involvement in a demonstration that took place in Tulkarem in December 2018 — a charge that he had previously denied when summoned for interrogation.

“MADA expresses its concern over the extensive increase of arrests and detention,” the group said in a statement. It also conveyed its concern over the repeated torture and abuse of many journalists in the West Bank and Gaza Strip, “as is the case with Tawfiq Abu Jarrad, who was subjected to abuse and torture during his arrest by the Internal Security Forces in Gaza recently, as he was forced to stand for hours with his face against the wall while in detention.”

The Palestinian Journalists Syndicate (PJS), a body dominated by Fatah loyalists, also condemned the arrest of Hazem Nasser and called for his immediate release. The syndicate pointed out that Nasser had been summoned for interrogation by the PA security forces several times in the past few weeks despite the fact that he did not commit any crime. “The [PA] security forces are continuing to apply pressure on some journalists from time to time,” PJS complained. “We reject these unacceptable violations.”

The fact that the Fatah-controlled syndicate has endorsed the case of Nasser is an indication that he is not affiliated with Hamas. The PJS usually does not complain when Hamas-affiliated journalists are arrested or harassed by the PA security agencies in the West Bank.

The second journalist, Amer Abu Arafeh, was arrested this week by the PA’s Preventive Security Force in the West Bank city of Hebron. Abu Arafeh, who works for the Hamas-affiliated Shehab news agency, is no stranger to Palestinian Authority detention centers. In the past few years, he has been arrested and interrogated at least five times and has had his computer and mobile phone confiscated. At this stage, it remains unclear why Abu Arafeh was taken into custody. What is clear, however, is that he is not a journalist who is affiliated with the PA and its president, Abbas. This fact alone can land in prison any Palestinian journalist in the West Bank and Gaza Strip who does not “toe the line.”

In the world of the Palestinian Authority and Hamas, the only “good” journalists are those who report negatively about Israel. Independent journalists therefore find themselves forced to seek work in non-Palestinian media organizations, including some in Israel. Even then, these journalists, especially those who live under the PA and Hamas, engage in massive self-censorship.

The PA and Hamas crackdown on journalists is not a new practice and does not come as a surprise. On the contrary, the surprise would be the day we see a Palestinian journalist living in Ramallah open his or her mouth concerning Abbas or any of his top officials.

What is hard to understand are the continued closed mouths of the international community and media towards this ongoing assault on the freedom of the media in the West Bank and Gaza Strip. Had Nasser and Abu Arafeh been arrested by the Israeli authorities, their “plight” would have been splashed over headlines across the globe.