“The horror, the horror,” mumbles the Marlon Brando character in the film, Apocalypse Now. How thin, he reflects, is the veneer of our planetary civilization. How entirely inadequate, he understands, are the unsteady fences that protect us from humankind’s most ruinous inclinations.

In one form or another, apocalypse − at least since the time of Daniel − has understandably been an enduring Jewish preoccupation. The present moment should be no exception. Indeed, 2007 could become a decidedly fateful one for Israel and the entire world. Still struggling to survive in the very worst of “neighborhoods,” the always-imperiled Jewish state knows only too well that nuclear war and genocide need not be mutually exclusive. Now the previously staggering logistical impediments to mass murder have been solved. Today it is no longer necessary to bring the victims to the gas.


The Arab/Islamic world has essentially ceased all progress in matters of education, science, medicine, literature, music, art and philosophy. It has excelled, however, in annual per capita expenditures on the implements for terror and crimes against humanity. Listening especially to the chilling bluster and bravado from an increasingly shrill president of Iran, it must be evident to every prudent leader in Jerusalem that nuclear weapons can never be allowed in that particular regime. Left unimpeded in its current nuclear programs, Iran could even become the suicide bomber writ large, an entire state willing to “die” as a sort of collective “martyr.”

As my regular readers in The Jewish Press will understand, the Iranian danger to Israel is therefore genuinely existential. With this in mind, an Israeli preemptive strike against certain Iranian nuclear assets and infrastructures is still not out of the question. Granted, the operational difficulties for the Israel Air Force (IAF) would be staggering, but the survival alternatives for Israel could well be catastrophic. If Israel does choose to strike preemptively, following recommendations originally detailed by Project Daniel three years ago, it would be an authentic expression of “anticipatory self-defense” under international law.

Israel, of course, already has its own nuclear weapons. Some ask why this should be different from Iran. Isn’t there a basic lack of “fairness” in denying to Iran what has been allowed to Israel?

Israel’s nuclear forces remain deliberately ambiguous and undeclared. Certainly, they have never been brandished in a threatening fashion by Israel’s civilian or military leaders. Never! Israel’s nuclear weapons exist only to protect the state from certain forms of aggression. This includes the prevention of genocide, a codified crime under international law that must always have special resonance in the Jewish state.

It is inconceivable that Israel’s nuclear deterrent force would ever be used except in defensive reprisal for certain massive enemy first strikes − especially for Arab and/or Iranian attacks involving nuclear and/or certain biological weapons. For the time being, Israel’s enemies are not nuclear but − as we have just noted with Iran − this could change dramatically in the foreseeable future. If it should change, Israel’s nuclear weapons could continue to reduce the risks of unconventional war, but only as long as the pertinent enemy states would 1) remain rational; and 2) remain convinced that Israel would retaliate massively, if attacked with nuclear and/or certain biological weapons of mass destruction.

As recognized by Project Daniel, there are many complex problems to identify, if a bellicose enemy state is allowed to acquire nuclear weapons. These problems would belie the conceptually agreeable notion of balanced nuclear deterrence. The Middle East neighborhood would simply not allow the sort of stable equilibrium that once characterized U.S.-Soviet relations during the Cold War. Whether for reasons of miscalculation, accident, unauthorized capacity to fire, outright irrationality, or the presumed imperatives of “jihad,” an enemy state in this neighborhood could opt to launch a nuclear first-strike against Israel in spite of that country’s devastating nuclear capability.

Israel would certainly respond, to the extent possible, with a nuclear retaliatory strike. Although nothing is publicly known about Israel’s precise targeting doctrine, such a reprisal might be launched against the aggressor’s capital city or against a similarly high-value urban target. There would be absolutely no assurances, in response to this sort of Arab/Islamic aggression, that Israel would limit itself to striking back against exclusively military targets.

What if enemy first-strikes were to involve “only” chemical and/or “minor” biological weapons? Here Israel might still launch a reasonably proportionate nuclear reprisal, but this would depend largely upon Israel’s calculated expectations of follow-on aggression and on its associated determinations of comparative damage-limitation. Should Israel absorb a massive conventional first-strike, a nuclear retaliation could still not be ruled out altogether.

This is especially the case if 1) the aggressor was perceived to hold nuclear or other weapons of mass destruction in reserve; and/or 2) Israel’s leaders were to believe that non-nuclear retaliations could not prevent national annihilation. In this connection – recognizing Israel’s uniquely small size – the threshold of existential harms would understandably be far lower than wholesale physical devastation.

To quote directly from Project Daniel’s final report, ISRAEL’S STRATEGIC FUTURE: “In an age of Total War, Israel must remain fully aware of threats to its very continuance as a viable state. Certain WMD attacks upon Israeli cities could be genuinely existential. For example, biological or nuclear attacks upon Tel-Aviv that would kill many thousands of Israeli citizens could have profound and dire consequences for the continued viability of the country.”

LOUIS RENE BERES was educated at Princeton (Ph.D., 1971) and is the author of many books and articles dealing with nuclear strategy and nuclear war. Professor Beres, strategic and military affairs columnist for The Jewish Press, is chair of “Project Daniel,” which submitted its then-confidential Final Report on ISRAEL’S STRATEGIC FUTURE to Prime Minister Sharon on January 16, 2003. 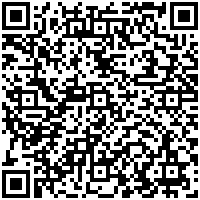