Major Nidal Malik Hasan, who waged a deadly shooting rampage at the Fort Hood Army base on November 5, 2009, recently told a panel of military mental health experts of his only regret. He was sorry, the assembled experts were advised, that he had not been killed during his murder spree. This is because he had been unfairly deprived of his intended martyrdom.

Still, Major Hasan remained an optimist. He had not yet given up all hope. “I’m a paraplegic, and could be in jail for the rest of my life,” he explained. “However, if I died by lethal injection, I would still be a martyr.” Now that he has actually been sentenced to death, this wish has been granted.


Although himself a psychiatrist, an additional irony of the case that makes it unique, Hasan, 42, is an American-born Muslim of Palestinian descent. To some considerable extent, therefore, his particular willingness to wage “jihad” via the most primal forms of terrorism has ample precedent. This willingness could be representative of virtually all Islamist “suicide” terrorism.

What typically lies at the heart of a Jihadist “suicide terrorist”? Is there ever a properly scientific approach to this core question? Is the Major Hasan case just a peculiar aberration, or is it the revealing tip of a much larger terrorist iceberg?

Reduced to its rudiments, science is a certain systematic method of reaching conclusions. Always, whatever the particular nuances, it must begin with the discovery of regularities. In this connection, a recurrently declared feature of all “suicide” terrorists is a ritualistically alleged love of death.

Of course, for us in the West any such declared affections must at first seem incomprehensible. They are, after all, seemingly contrary to everything we would normally believe about self-preservation, reason, and civilized human behavior.

But, on this matter, as we can learn from the November 5, 2009 Major Hasan incident in the United States, a different intellectual vantage point is required. Soon, Americans and also Israelis in particular should seek to see the world through the eyes of their principal enemies. In this view that regards jihadist “suicide” terrorism as a fulfillment of God’s will nothing –literally nothing – could appear more delightful.

In 1936, on the occasion of a speech by the nationalist general Millan Astray at the University of Salamanca, in Spain, the hall thundered with the general’s favorite motto: Viva la muerte – Long live death. When the speech was over, Miguel de Unamuno, rector of the university, rose and said: “Just now I heard a…senseless cry…this outlandish paradox is repellent to me.” Yet this very same repellent cry is, today, the lurid rallying cry of Islamist “suicide” terrorists.

Again and again, even as they get closer to birthing “Palestine,” we hear the nearly visceral incantations emerging from Hamas, Islamic Jihad, and Fatah: “We love death.”

Why have I put the word “suicide” in quotation marks?

Because Palestinian lovers of death do not commit their enthusiastic suicides in any ordinary fashion. These aspiring “suicides” believe that carefully choreographed acts of “martyrdom” will best ensure a recognizably blissful immortality. So it is never a real and conclusive death that is being sought. As these terrorists commit “suicide” to ensure eternal life, or immortality, their presumed heroism is never anything more than a voluptuously scripted act of religiously disguised cowardice.

While still not widely acknowledged, the Palestinian “suicide” terrorist fears death more acutely than most others. In at least one respect, therefore, this jihadist is actually less perverse than he or she might initially appear but, at the same time, far more craven and dastardly.

The self-proclaimed Palestinian “lover of death,” although untruthful by definition, simultaneously fears his or her life on earth. For him, or her, this inconspicuous life is almost always devoid of any felt opportunity to do something rewarding; almost always, too, it prohibits, inhibits, or disdains the most demanding needs of inborn sexuality. In response, thwarting both Meaning and Eros, certain ecstatically primal elements of Palestinian society prod thousands of young males to honor and “martyr” themselves by killing “infidels.”

The explosive link between suicide terror violence and repressed male sexuality is still widely unrecognized. (Regarding female suicide bomber motivations, which are usually somewhat more ambiguous, the jury is still out.)

President Obama and Prime Minister Netanyahu should finally take heed. Palestinian terrorism is not fundamentally about “self-determination” or “national liberation.” It is not really about disputed land, territories, or “settlements.” Rather, what most genuinely animates such crimes is a tangibly credible promise of salvation, one that is granted through appropriately “sacred” acts of killing. Although this faith-based dynamic was not always the observable case (Palestinian Fedayeen or “self-sacrificers” were far more secular in orientation up until the time of Yasir Arafat), current and future Palestinian terrorism is apt to be expressed as a manifestly preferred form of religious sacrifice.

Ominously, we may now consider the plausibly characteristic statement of one Jamal Abdel Hamid Yussef, in explaining operations of the Izzedine-al-Qassam Brigade in Gaza: “Our suicide operations are a message…that our people love death. Our goal is to die for the sake of God, and if we live we want to humiliate Jews, and trample on their necks.”

Note the intended victims here – not “Zionists” or “Israelis” but “Jews.”

Here, there is also a wider lesson in global geopolitics. The ultimate form of power in national and world politics is never discoverable in weapons of mass destruction. It lies, instead, subtly but indisputably, in power over death.

Hamas and its sister terror groups continue to promise Islamic Palestinian “suicides” nothing less than freedom from death. It is a hard promise to trump. At a U.S. Army base in November 2009, even an American-born Muslim psychiatrist was unhesitatingly willing to buy this sordid promise.

Paradoxically, by “dying” in the divinely-mandated act of killing “Jews” or “Zionists” or “Israelis” or “Americans” (Major Hasan was reportedly motivated by what he had termed the illegal and immoral American-led wars in Afghanistan and Iraq), the Palestinian “suicide” terrorist expects to conquer death. Even more enchantingly, in his or her own clerically-promised eternal life, there will be rivers of honey and other delectably conspicuous delights. None of this tempting reward is held out as mere metaphor.

It is all quite literal; palpable rewards are authoritatively promised, in exchange for a willingness to “die” in glorious struggle, against the most despised enemies of God Almighty.

What could be better? With God fixedly on his or her side, the Palestinian “suicide” terrorist sees nothing authentically suicidal about his murder of God’s enemies. For him, or for her, a uniquely blended killer who has been transformed by fear of both death and life, “suicide” represents a momentary, transient, and altogether tolerable inconvenience.

To clarify this transformation in modern psychiatric terms, the usually insufferable death fear of the ego is lessened by the praiseworthy sacrifice of “infidels.” Through the burning or maiming or shooting of defenseless men, women and children, the Palestinian “freedom fighter” thus seeks to buy himself free from the penalty of dying.

The Palestinian “suicide” terrorist expects that after executing his sacrifice of the unworthy, millions of co-religionist sympathizers will raise their heads proudly, over the mountains of fresh corpses, and declare mightily that “God is Great.”

Today, after the November 2009 Major Hasan murders, we are left to deal with an apparent paradox. What shall we ultimately do about a “suicide” that does not intend to end the murderer’s own life but rather extend it forever? For Israel and the United States, there is little point in trying to deter aspiring Palestinian “suicide” terrorists with usual threats of death. Such threats, after all, would not be compelling to those who seek “martyrdom.” These threats would continue to be received without due alarm or personal apprehension. They might even be taken as an incentive.

To effectively prevent the next wave of Islamist “suicide” terrorists, Israel and America must offer the prospective murderers a believable threat of real suicide. Presently, violence and the sacred are still inseparable and mutually reinforcing for the expectant “suicide” terrorist. In response, Jerusalem and Washington should begin to think in terms of somehow “desacrilizing” his or her unhidden inversion of holiness.

This will not be an easy task; it will require, among other things, certain antecedent and widespread expressions of support from substantially less radicalized segments of worldwide Islamic clergy.

In essence, as one may learn from the Major Hasan affair, our governments must ultimately convince all would-be “suicide” terrorist destroyers that a divine reward will never follow their contrived “sacrificial” logic, and that even devoutly prayerful murders undertaken in the name of religion can never lead to a celestial paradise. 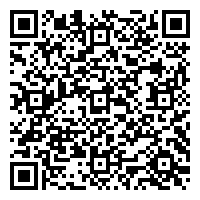