Last week, Channel 2 publicized a poll according to which Bennett’s new party will get six mandates. Another poll – in Makor Rishon – showed it getting 14 mandates.


How could two polls yield such different results? Did they use different polling methods? Did Makor Rishon pollsters “direct” the answers in a certain direction? Perhaps the answer to both questions is yes.

In any event, what’s clear to me is that the results of the poll – 0.4 percent for Zehut – reported by Amit Segal on Wednesday night last week have no basis in reality. After all, a month ago a poll on the Walla news site gave us one mandate from amongst Russian speakers alone – and they make up just 15 percent of the population. Additionally, an Yisrael Hayom poll last week had us receiving two mandates.

Since Zehut was established, we have been getting results, including the results of in-depth polls conducted by other parties, which give us seven-plus mandates. In addition, since we are all out there, we have a good sense of the momentum on the street and on the Internet and know that 0.4 percent simply makes no sense.

Just last week, radio host Yaakov Bardugo said that the results of the in-depth polls to which he is privy are completely different than those of the regular polls being publicized.

We don’t know if unreasonable poll results are due to an innocent mistake – in other words, a polling model that is irrelevant to our party’s parameters – or, G-d forbid, intentionally planned by someone. Or a combination of the two. All that we know is that it doesn’t really matter.

Even if we would assume that our public support is currently at 0.4 percent – even if we assume that only my readers and I support Zehut – we will not give up hope. Low poll numbers are not a reason to surrender and leave the nation of Israel without the only solution of substance that exists today in politics – without the only solution that can extricate Israel from the gridlock that it is in today.

Look to the Right and to the Left. On all sides, there is complete desolation, no answer to Israel’s security and economic problems, no message – no vision or purpose. The State of Israel is ill. Will we prevent it from accessing its only chance to heal?

Dear friends, we are not naïve. We understand that journalists and polls are part of the game. Don’t let the headlines that will be forgotten tomorrow demoralize you today. Zehut is preparing a surprising campaign and from our lowest opening point we will finish this campaign, with God’s help, with a huge surprise and great hope for the nation of Israel.

With great appreciation for all of you,
Moshe Feiglin 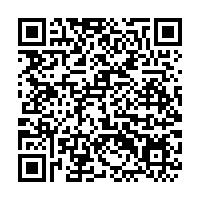