As a rule, we wish people were less eager to cry foul – whether the alleged crime is racism, sexism, or even anti-Semitism. Naturally, when an offense does occur, those on the receiving end have every right to complain, and others – especially those in power – should take them seriously.

But the bar should be set high so that 1) society not become inured to serious examples of wrongdoing (i.e., the old crying-wolf problem); and 2) people can speak their minds without having to constantly worry that they have run afoul of the PC police.

That said, let us be perfectly clear that Rep. Ilhan Omar’s recent tweets and remarks represent some of the most obnoxious anti-Semitic rhetoric by a member of Congress in over 100 years. The implication that every pro-Israel Jew, by definition, holds dual loyalties and a lawmaker wouldn’t support Israel unless he or she was paid off is abhorrent and out of bounds.

A brief review of what Omar said that has riled so many is instructive. In 2012, she tweeted, “Israel has hypnotized the world, May Allah awaken the people and help them see the evil doings of Israel.” This past February, alluding to the calumny that Jews corrupt by spreading their wealth, she tweeted that support for Israel is “all about the Benjamins.”

The latest flare-up started when she told a group in Washington, D.C., “I want to talk about the political influence in this country that says it is okay to push for allegiance to a foreign country.” In response to Democratic Rep. Nita Lowey, who pushed back on her comment, Omar doubled down: “I should not be expected to have allegiance, pledge support to a foreign country in order to serve my country in Congress or serve on a committee.”

Under intense pressure, Omar deleted her tweets. But she has not recanted her latest remarks.

What Omar and her supporters leave wholly unremarked is that Israel’s values align with America’s far more than any other country in a 300-mile radius. American governments have long recognized Israel as one of its most important and reliable allies, particularly in the Middle East, where it serves U.S. interests by acting as a surrogate – and bulwark – for American military power deterrence. (Israel, of course, also provides America with highly-valued intelligence and serves as a source of technological innovation for numerous American companies.)

After some ambitious efforts in the House to criticize Omar’s anti-Semitic remarks, a compromised rebuke was arrived at, which condemned all hatred (not just anti-Semitism) and all perpetrators (with Omar not even mentioned). But by condemning all forms of hate, the resolution effectively condemned none of them.

In truth, Omar’s employment of classic anti-Semitic stereotypes and the ensuing congressional whitewash are part of a larger, creeping legitimization of anti-Semitism worldwide. The kind of vitriol regularly spewed by Rev. Louis Farrakhan, or more subtly conveyed Britain Labour leader Jeremy Corbyn, has now found a home in the U.S. Congress. And they are of a piece with the sad reality that there are now areas in Britain and France where Jews – with the tacit acquiescence of the police – fear to tread.

We witnessed something possibly historic last week – and we don’t mean that in a good way. A rookie congresswoman was able to bend the House of Representatives to her stated goal of resetting the relationship between the U.S. and Israel. The inability of the House to secure sufficient Democratic votes to pass a resolution directly condemning her remarks not only reflects the growing influence of so-called progressive, anti-Israel Democrats; it also indicates that the Democrat leadership is woefully not up to the task of holding the line against new members of Congress with new, radical views on the U.S.-Israel relationship.

In short, last week’s fiasco constituted a historic failure of will. But it’s not too late. A strong and clear condemnation of one member of Congress can still be passed – and should be passed, now, before Democratic inaction emboldens more progressives to trample on and marginalize those who would defend Israel. 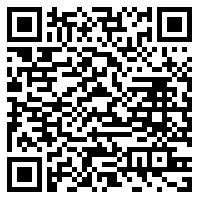