Two weeks ago we remarked on legislation sponsored by Assemblyman Sheldon Silver that changed the date for the 2016 Democratic and Republican New York State presidential primary primaries.

The originally planned date, April 26, coincided with an intermediate day of Passover, which many observe by avoiding secular pursuits. In addition, many spend Passover away from home in hotels in various venues, mostly upstate New York. (This presence within the state, it should be noted, makes largely irrelevant the notion advanced by some of using absentee ballots.)

Mr. Silver’s legislation changed the primary date to April 19, which avoids any conflict. And, we are happy to say, he received the support of Republicans in the legislature for changing the date.

However, following the passage of Mr. Silver’s bill, stories began appearing in the media to the effect that as a result of the legislation New York stood to lose so-called bonus delegates to the National Democratic Convention.

But the story is not a simple numbers issue as the new law’s detractors suggest. Plainly, the Democratic Party could easily still award the bonus delegates because the failure to cluster stemmed from an overarching concern for the rights of Jewish voters to fully participate in the electoral process. Indeed, Mr. Silver has urged them to do that very thing. In addition, both Connecticut and Pennsylvania, which have sizeable Jewish populations, could schedule their presidential primaries for April 19 as well. Certainly we think it behooves the DNC and the Republican National Committee to importune their party officials in both states to follow New York’s example.

Of course, we think it was unfortunate that political officials were initially insensitive to the rights of Jewish voters, but that’s a story for another day. 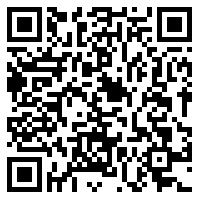