There was a flashpoint of sorts in the Boycott, Divestment and Sanctions debate recently when most Democrats voted against a so-called “discharge petition” that would have enabled the House to vote directly on anti-BDS legislation passed with bipartisan support in the Senate earlier this year. That legislation would empower localities to refuse to do business with companies that cooperate with the BDS movement’s efforts to punish Israel for its policy toward the Palestinians.

Despite the bipartisan passage of the measure in the Senate, House Speaker Nancy Pelosi has thwarted efforts in the Democratically-controlled House of Representatives to come up with a measure of its own, claiming that more appropriate language is still being worked on.

However a discharge petition, if voted for by at least 218 members, a majority of the 435 members, would force a House vote on the Senate measure despite the opposition of Pelosi and other leaders. As it turned out, the petition went down to defeat by a 222-200 vote, though a dozen Democrats defected to back the Republican motion.

We fully recognize that Democrats do not have to accept what the Republicans come up with. But the inaction of the House leadership on this issue in the face of the spike in anti-Semitism around the world leads us to believe that there is more to the Democratic recalcitrance than meets the eye. Indeed, the growing leftist/progressive sentiment in the House and the recent anti-Semitic utterances by at least three new House Democrats leads us to believe that the Democratic leadership in the House is not too anxious to be seen as cozying up to Israel and the Jewish community – for fear of losing the support of those not enamored with the Jewish state or Jews in general.

And while we are also not unmindful that some have a problem generally with the notion that government can restrict the right to express political views through economic expression, as the BDS participants seek to do, in the BDS context it makes no sense. It is generally acknowledged that the federal government has the legal right to impose sanctions on Iran in furtherance of U.S. foreign policy and goals. And the sanctions regime bars commercial transactions with Iran even by those who disagree with the American policies and goals. Yet their ability to speak through commerce is overcome by the sanctions. Why then the distinction drawn between Iran sanctions and anti-BDS legislation?

We are persuaded that in principle, Speaker Pelosi and many, many Democrats in the House retain their long time support for Israel and the Jewish community. But we fear too many are overly hesitant to buck the growing leftward, anti-Israel/anti-Semitic movement within their ranks.

But the time is fast approaching when they will have to choose. And it seems clearer by the day that the BDS issue will force that decision. 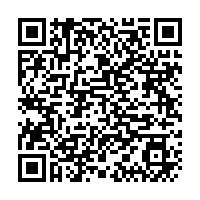