The Jewish Press endorses Governor Andrew Cuomo in the Democratic Party gubernatorial primary election. His record as governor these past four years indicates he has the experience and vision to lead the Empire State for the next four.


Although he has a reputation as a savvy and accomplished political infighter and someone who never shrinks from energetically pursuing his agenda, the governor has impressed us with the spirit of cooperation that characterizes his working relationships with legislative leaders. Doubtless there have been sharp disagreements, but we can’t recall when any disputes have bubbled over into public confrontations.

To be sure, it takes more than one to tango, and legislative leaders are part of the dance, but our state government not too long ago had a rather sad experience with a chief executive driven by a need to control the governmental process and dominate the public discourse. The resulting discord and dysfunction were palpable – and harmful.

It is no secret that several of Gov. Cuomo’s social and cultural positions are not completely to our liking. But we recognize that in most of those areas he represents the views of many if not most New Yorkers. And we are encouraged that on the economic front he seems to have followed through on what we think is the governmental issue of our times – finding a way to treat with compassion the needy and vulnerable among us without breaking the bank. If there is one thing that stands out about Gov. Cuomo it is his seriousness about this and he has, in fact, made important headway.

Frankly, we rolled our eyes when he said soon after being sworn in as governor,

But the facts speak for themselves. Mr. Cuomo reduced state spending substantially and not only did he not raise taxes, he actually cut them. And he set a cap on property taxes, even though that meant less funding for certain school districts. Yet the anticipated great hue and cry never materialized. Thus, while he has cut services and programs, he also seems to have persuaded the representatives of those directly affected that there was no choice.

To our mind, that’s leadership.

We endorse former congresswoman Kathy Hochul for lieutenant governor. In addition to having important governmental experience and political skills, Ms. Hochul is Gov. Cuomo’s choice as running mate in the general election in November. That might be expected to end of the matter, but under New York law, the nominees of each party are chosen in separate primary ballots. Thus it is possible the head of the ticket could run with someone not of his or her choosing.Although rare, it has happened in the past with rather negative results.

Significantly, the New York State Constitution gives the governor all executive power as that term is commonly understood. For example, “the governor shall be the commander-in-chief of the military and naval forces of the state,’ and “shall take care that the laws are faithfully executed.” With respect to state crimes, the governor has “the power to grant reprieves, commutations and pardons after conviction.” 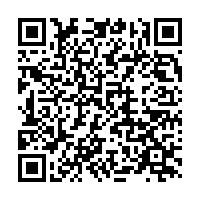