Turkish Prime Minister Recep Tayyip Erdogan has made no bones about his disdain for Israel. Soon after assuming office he gave a speech at the 2009 World Economic Forum at Davos in which he harangued Israel and its policies and publicly insulted President Shimon Peres.

That speech was the beginning of a process reversing Turkey’s theretofore positive relationship with the Jewish state, though the relationship continued limping along for several months.


Then came the Israeli raid in 2010 on a Turkish ship trying to run its naval blockade of Gaza that resulted in the deaths of eight Turks and one Turkish American. After Israel refused to apologize – though it did express “regret” for the deaths – relations between the two countries came to a virtual stop. Following Operation Pillar of Defense in Gaza, Mr. Erdogan accused Israel of being a “terrorist state.” And this past week he outdid himself in a speech at the Alliance for Civilizations, a UN forum promoting West-Islam dialogue.

Ostensibly focusing on the evil of disrespectful attitudes toward Muslims found in certain countries, he said that “Just like Zionism, anti-Semitism and fascism, it becomes unavoidable that Islamophobia must be regarded as a crime against humanity.”

According to the Associated Press, Turkey’s state-run news agency first reported the remarks in full but removed the reference to “Zionism” in a correction sent out an hour later. It said the correction was “made by the source” but gave no other explanation.

In any event, the Obama administration came down hard on Mr. Erdogan, as did the Canadian foreign minister and, eventually, UN Secretary General Ban Ki-moon (who had not immediately reacted despite being present during Mr. Erdogan’s remarks). And certainly Prime Minister Netanyahu weighed in forcefully.

Yet it is important to appreciate where Mr. Erdogan is coming from. He is a religious Muslim seeking to carve out a role for himself in that world and sees attacking Zionism as his ticket to leadership. Indeed, before his elevation to prime minister, Turkey had been governed by a secular-minded military group that allowed for a mutually beneficial close relationship with Israel, despite the predominance of Islam among Turks.

So the issue is not only what Mr. Erdogan has to say but also that he strikes a chord with Muslims. How can the U.S. continue to view Turkey as key to the NATO alliance when Turkey’s leaders consider America’s closest Mideast ally a renegade state? And how can Israel make agreements with states like Turkey that consider the very establishment of the Jewish state a crime against humanity? 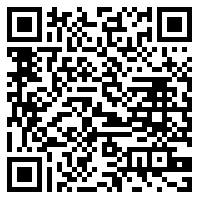