Nadler And Post-Sandy Funding (I)


He seems to be saying it would be OK to give money to such institutions if they provided services to those needing help after the storm but not if they didn’t – because they might use the money for religious purposes. But what, theoretically speaking, would prevent those institutions that did provide services from using the money now for religious purposes? Also, aren’t we talking about repairs of roofs and walls and flooded basements? What are the religious uses he is concerned about?

Anyway, I assume FEMA could disallow any objectionable use requested on the application while allowing for religiously neutral uses.

I also find his references to RLUIPA truly ironic. All the examples he gives require government to make exceptions for religious uses that are not available for non-religious uses (even the name, Religious Land Use and Institutionalized Persons Act, underscores this). Protection for shechita involves an exception only for ritual slaughter from the requirement that animals must be stunned prior to slaughter; bris milah requires an exception from the general public health rule that all surgery must be performed by a licensed physician.

Nadler himself makes my point with his discussion about how RLUIPA overrides government’s enforcement of zoning laws to permit the establishment of shtiblach and mikvehs and the enforcement of general rules restricting permissible use of public land to allow for an eruv. The same is true respecting religious exceptions to general autopsy laws and general prison menus.

As to Nadler’s comments about Supreme Court decisions, I am not a lawyer but I seem to recall several New York Times editorials lamenting the fact that lately the Supreme Court has pulled back on its restrictive view of the First Amendment – and Nadler doesn’t even hint at this. As you said in your Feb. 22 editorial on this issue, even he concedes that some scholars would disagree with him. Small wonder.

I salute Congressman Jerry Nadler’s concern for government interference in religious life. It is entirely consistent with our historical experience The First Amendment is far more important to our religious life than some bricks and mortar.

This is a note of appreciation for Rabbi Yaakov Klass’s acknowledgment, in his Feb. 1 Questions and Answers column, of the little-known successful battle waged by my father, z”l, almost sixty years ago to defeat an international calendar-reform plan that would have had catastrophic consequences on Shemirat Shabbat all over the world.

Too little credit is given by history to those who are roeh et hanolad and manage to prevent disasters.

I cannot fathom the positions taken by Yair Lapid. He wants to be part of Israel’s governing coalition and he will be if he acts like a person who loves Israel rather than like just another crass politician.

The issue of haredim serving the country in the military or some other form of national service applies equally to the recalcitrant youth of Tel Aviv and to Arab citizens of Israel. All elements of Israel’s population should be doing army or national service.

That being said, the issue of national service is not one that should prevent Lapid from joining the government in a responsible way. It is time to form a strong government that can face the reality of a world that has no love for Israel.

In the face of the fevered adulation the media showered on Ed Koch at the time of his passing, Jason Maoz in his Media Monitor column of Feb. 22 showed great courage and independent initiative in reminding us of Ed Koch’s political hypocrisy.

Koch’s incessant and compulsive criticism of Rudy Giuliani, whose summary ejection of Arafat from the 1995 UN-sponsored Lincoln Center concert was the pinnacle of Giuliani’s mayoralty, clearly limned Koch as a petty and petulant politician.

And let us not forget that while Koch did enable Republican Bob Turner’s Congressional victory in 2011 by crossing party lines as a means of registering his disapproval of President Obama’s Mideast policies, the former mayor very quickly reverted to his Democratic roots when it really counted, pledging his fealty to Obama in the 2012 election.

Don’t Be Quick To Negatively Judge

In “Road to Nowhere,” Roy Neuberger’s Purim-themed Feb. 22 front-page essay, Mr. Neuberger attempted to make the case that our Jewish identity is being threatened by our being part of “…a culture whose essence is emptiness, a road to nowhere.”

He claimed this comes from our “worship of their sports heroes…entertainment heroes…their cars…their values, their technology” which he describes as “treif, treif, treif.”

While I concur with Mr. Neuberger’s reference to sports and entertainment heroes, I take issue with his criticizing the other aspects of the culture around us. Perhaps he needs to be reminded that his trip to Russia (I assume he flew on a jet airliner to Moscow) mentioned in the article was made possible by the technological advances of non-Jews including Ludwig Prandlt, Daniel Bernoulli, Orville and Wilbur Wright, William Boeing and Frank Whittle.

Furthermore, his ride from Moscow to Hripan (which I assume was in an automobile powered by an internal combustion engine) was made possible by “their cars” developed based on “their technology” – including non-Jews such as Henry Ford, Rudolf Diesel and Charles Goodyear.

And the article itself was very likely written using computer software built upon the technology from non-Jews such as Bill Gates and the pioneers of the Xerox Corporation (which made the first commercial Graphical User Interface), and transmitted over the Internet, which originated with this country’s Defense Advanced Research Projects Agency.

Mr. Neuberger’s article also cautioned us about “their values” – which here in the United States happen to allow for the free exercise of our Jewish laws and traditions. And members of the majority culture around us must really be going out of their way, in Mr. Neuberger’s somewhat cynical words, “to have us believe they are our friends” by, to pick just three examples out of so many, allowing for an eruv to be put around downtown Washington, D.C.; putting kosher certifications on food products; and cheering Ilan Ramon’s decision to take a Holocaust-surviving Torah Scroll with him on board Space Shuttle Columbia.

This seems far different from Achashveirosh’s inviting us to a banquet with kosher food to celebrate the fact that the Temple had not been rebuilt. While of course we can only put our real faith in Hashem, we shouldn’t be so quick to negatively judge those who don’t stand in our way as we grow our communities and fulfill the mitzvot.

In my opinion, the real challenge of today is how to take advantage of the opportunities Hashem has granted us while we are in exile. Do we use the technology and values around us to promote ideas that attempt to force Hashem out of the world, or do we act as a light unto the nations and bring Him into the world by using technology to promote Jewish learning, facilitate interaction between communities, and allow for our holidays to be more beautiful and enjoyable?

Rather than shun “material objects,” we should learn how they can be used to fulfill our mission in the world, which, as described by Shlomo HaMelech, is to “fear Hashem and obey His commandments.” 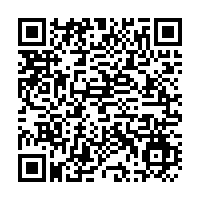