Sen. Paul: What Is Obama Hiding?

During an interview with WABC “Aaron Klein Investigative Radio,” Senator Rand Paul (R-Ky) questioned whether the Obama administration may be covering up the role played by the CIA annex in Benghazi in a possible scheme to run guns to rebels in the Middle East.


That annex was attacked this past September 11 along with the special U.S. mission in Benghazi.

Charged Paul: “There has been a lot made of the political cover up of President Obama’s administration saying this [Benghazi attack] had something to do with a homemade film from some guy in Los Angeles. But in reality the question is, or the secondary quotation is, why would they do a cover up? What are they covering up?”

He continued: “And I have a feeling that it had something to do with the CIA annex. You know, a week before the ambassador was killed in Libya, a ship left Libya and docked in Turkey and [they] actually interviewed the captain of that ship who said there were arms on board and that he actually witnessed the rebels taking the arms and disputing over who got what. That there were grenade launchers; that there were significant arms being transferred.

“Now that doesn’t say the CIA was involved, but that begs the question [what] was the CIA annex there. The Libyan government is said not to have known that they were there. And is that the reason for the cover up? So there are a lot of unanswered questions.”

Any arming of Middle East rebels would be considered highly controversial. Widespread reports have documented that Syrian and Libyan rebels consist in large part of jihadists, including members of several major Al Qaeda groups.

The alleged weapons transfers to the rebels in Syria would not be the first time the Obama administration reportedly coordinated weapons shipments to Middle Eastern rebels. In December, The New York Times reported the Obama administration “secretly gave its blessing to arms shipments to Libyan rebels from Qatar last year, but American officials later grew alarmed as evidence grew that Qatar was turning some of the weapons over to Islamic militants, according to United States officials and foreign diplomats.”

The Times reported that the weapons and money from Qatar “strengthened militant groups in Libya, allowing them to become a destabilizing force since the fall of the Qaddafi government.”

Last week the U.S. announced $60 million in non-lethal aid to Syrian rebels, while the White House continues to deny it was involved in coordinating arms shipments to Syrian fighters.

Last month, the Times reported the White House rebuffed a plan developed last summer by then-Secretary of State Hillary Clinton and then-CIA Director David Petraeus to arm and train Syrian rebels. However, according to informed Middle Eastern security officials speaking to this column, the U.S. has been coordinating Arab arms shipments for months now to the Syrian rebels

The Middle Eastern security officials also described the U.S. mission in Benghazi and nearby CIA annex attacked last September as an intelligence and planning center for U.S. aid to the rebels in the Middle East, particularly those fighting Assad’s regime. The aid, the sources stated, included weapons shipments and was being coordinated with Turkey, Saudi Arabia and Qatar.

Despite there being no information that President Obama plans to ascend the Temple Mount on his upcoming trip to Israel, Hamas has stepped up its threats regarding Palestinian rumors that the U.S. president may visit the mount.

“Visiting of Obama with Israeli soldiers entering the Al Aqsa Mosque will actually touch the deep and the tender part of the Palestinian, Arabic and Islamic countries all over the world,” Mahmoud al-Zahar, Hamas’s senior leader in the Gaza Strip, said.

Zahar continued: “If he is looking to have this visit it means he is accepting Israel as a legitimate occupation, which is undermining his morality and his credibility. Jerusalem up to this moment and all of the Palestinian land is under occupation.”

The Hamas leader made these comments on Aaron Klein Investigative Radio. Zahar said his group doesn’t have “any hope of any results from his visit to the region.”

Asked by this radio host if he expects Obama to open dialogue with Hamas now that he has been elected to a second term, Zahar replied, “Up to this moment there is no indication about this.”

“And if he is looking to have a negotiation or a dialogue about what is he going to speak? He will fail if he is going to believe we are a new example of Fatah, that we believe in talking just for talking,” he said. “We are looking for real change in the attitude and the policy of America toward the state of the occupation of our land.”

When contacted by this column, both Israel and the Palestinian Authority said they have no information that Obama plans to visit the Temple Mount

The Palestinian rumors regarding an Obama ascent to the Mount received a boost last week when Hamas issued a statement warning Obama against the idea, calling such a visit “a diplomatic catastrophe.” The statement further called Obama’s rumored visit to the Al-Aqsa Mosque on the Mount “an imminent danger which the Al-Aqsa Mosque and Jerusalem have never faced.” 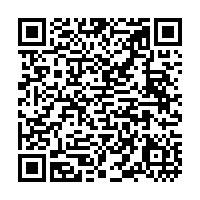