It’s finally happened. New York Times public editor Margaret Sullivan reported on her blog that “many readers…wrote to object to an [April 2] article…on the breakdown in peace talks between Israel and the Palestinians,” claiming “[they] found the headline misleading and the article itself lacking in context.”

Ms. Sullivan provided one such letter, quoted the response of the foreign editor, Joseph Kahn, and then gave her own take.


First, in pertinent part, the letter from one David L. Mandell of Sacramento:

As a veteran copy editor, I know that even the best headline writers sometimes miss the point of a story. But such sloppiness can’t be blamed for Tuesday’s report “Abbas Takes Defiant Step, and Mideast Talks Falter.” Only four paragraphs down do we read that the Palestinian president’s step followed Israel’s reneging on an unambiguous promise to release a fourth batch of long-serving prisoners.

Foreign editor Mr. Kahn said this story and others about the Israeli-Palestinian talks “have been comprehensive and fair” but conceded: “In retrospect we might have mentioned the broader reasons the talks have stalled in the headline and the first couple of paragraphs.”

Ms. Sullivan weighed in. “My take: The readers have a point. The combination of headline and initial paragraphs failed to appropriately convey the full scope of the situation.”

Ironically, by acknowledging that the broader details of a story should always be conveyed in the headline and opening paragraphs, the Times validated, albeit unwittingly, our longstanding complaint that one of the ways the paper skews its coverage of the Middle East is by routinely placing Israel’s side of an issue well into an article, with the Palestinian position appearing up front.

Even so, the Times has done it again. The complaining readers misread the news story and misstated the facts. And both the foreign and public editor simply adopted that misstatement and misreading.

Actually, it was not until the fifth paragraph that Israel’s position was given: “Israeli officials say they are not bound by their pledge [to release the prisoners to induce the Palestinians to continue with the negotiations] because no meaningful negotiations have taken place since November.”

In the preceding paragraph, though, it was reported:

Mr. Abbas, who had vowed not to seek membership in international bodies until the April 29 expiration of the talks that Mr. Kerry started last summer, said he was taking this course because Israel had failed to release a fourth batch of long serving Palestinian prisoners by the end of March, as promised.

But even more important, the second and third paragraphs said this:

Mr. Abbas’s actions, which appeared to catch American and Israeli officials by surprise, prompted Secretary of State John Kerry to cancel a planned return to the region on Wednesday, in which he had expected to complete an agreement extending negotiations through 2015.

In that emerging deal, the United States would release an American convicted of spying for Israel more than 25 years ago, while Israel would free hundreds of Palestinian prisoners and slow down construction of Jewish settlements in the West Bank.

We can’t say we were thrilled with the idea of releasing hundreds of terrorists, but the point is that the proposed deal in the Times story was scotched by Mr. Abbas’s resort to the UN as an end-run around negotiations and was, in fact, the breaking news of the day. 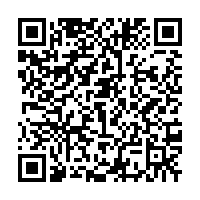