The Jewish Press has been widely and wildly criticized for giving voice to a young Turkish, Muslim author named Sinem Tezyapar, who is, essentially, a spokesperson for author and television personality Adnan Oktar, pen named Harun Yahya, also a Turkish religious Muslim.

Oktar and his followers (feel free to use the terms “Sect” or “Cult,” it’s not anything they haven’t heard before) are no friends of the secularist establishment in Turkey. Oktar himself has done some serious time in Turkish prison, and his followers live in constant fear of persecution. They are also hated and regularly harassed by fascistic Muslims such as the Al Qaida thugs.


After a fairly jaded start, in which Oktar, or people in his employ, published several books denying the Holocaust and attacking Israel, this Muslim leader began a kind of transformation. He became better acquainted with Judaism and with Zionist history through some new Jewish friends (e.g. Jerusalem-based writer Ehud Tokatly) he was making over the Internet. He recognized his mistakes, apologized for the Holocaust denial book–which he had not authored, and started forging a brand new Muslim vision of a peaceful Middle East in which Israel is not only a Jewish Homeland ruling over its entire biblical territory, but also a place where the Jewish Temple is rebuilt in Jerusalem to become the center of adoration by the entire faithful world.

In addition, Adnan Oktar has played host to major Jewish and Israeli figures, including former Israeli Chief Rabbi Israel Lau, the late Rabbi Menachem Froman, and several past and present Israeli politicians, including many of the Shas leadership.

Sinem Tezyapar, essentially representing her teacher’s lessons, has been laboring over the virtual pages of The Jewish Press to debate against Islamic antisemitism, and presenting through cited verses a positive and optimistic vision of the Koran. At every turn, she has expressed nothing but love and acceptance of Jews and the Torah tradition. I’ve been responsible for bringing her work to this website and for preparing it for publication, and so I’ve been intimately familiar with it. There are no false notes here, no hidden agendas.

And so I was taken aback by the vitriolic response of so many of our readers, who attacked Sinem either as a naïve simpleton who doesn’t really understand what a hateful religion she follows, or a sinister Svengali, looking to trap innocent Jews in her web of lies.

At this stage of the game, the caustic debate has spread beyond our own website, to dedicated websites and Facebook pages, intended to smear both the author and us, the supposedly duped Jewish Press. That’s why I feel compelled to respond, so that we’re on the record, rather than to allow some outsider decide what our position might be.

For the record, then, and please feel free to copy and paste this to your hearts’ content (you got that, Israel Matzav?), here are the reasons why The Jewish Press has been publishing these articles:

First, Sinem and Oktar are not promoting terrorism, on the contrary, they openly and unequivocally denounce violence, hatred, anti-Semitism and terrorism.

That’s huge. As a Jew, member of a persecuted minority, my first inquiry regarding a gentile person must be: is he interested in killing me? It’s also recommended to anyone else when picking friends and loved ones, but to Jews it’s absolutely essential.

So, while millions of Muslims want me dead in many different hellish ways, these folks from Istanbul don’t. I find it refreshing and a very good start towards a better future. In fact, once I’m convinced—and I am—that they don’t want me dead, I don’t really care how truly devout they are, how chaste they are (or are not), and what are their preferred peccadilloes. It’s a group of monotheistic gentiles what don’t want me dead – I’m totally happy.

Second, they are preaching an alternative interpretation of Islam, promoting peace, love, tolerance and democracy.

They live in Turkey, for crying out loud, don’t you think they know that most Muslim leaders and followers the world over disagree with them? But they have the courage, even the chutzpah, to tell the world—and they publish unabashedly on Muslim and Arab websites as well—what Islam should be.

Unlike some American sitting in his Mom’s basement, typing away how naïve Sinem is, she is actually putting her money—and her life—where her keyboard is. And she’s doing it patiently, humbly, never an angry word, never a snappy retort. I couldn’t do it, honestly.

So we discovered these lovely Muslim peaceniks, who are lovey-dovey about Jews and Israel, and who completely ignore the grim realities of a billion Muslims out there who hate us. Fine. It still means these strange Muslim don’t want me dead, right? That definitely goes on the plus side in my ledger.

A recent Al Qaida attack in Istanbul, I’m told, was in retaliation for Oktar’s hosting of Rabbi Lau.

So, Muslim peaceniks, don’t want to kill me, and they’re saying my country belongs to me. Beats my European friends who say I must give away another two thirds of my country so that my neighbors might agree I have the right to exist.

Fourth, it is in our own interest to embrace friends of the Jews and of Israel. Plenty of Jews happily embrace messianic evangelicals who write openly that all they want is for us to convert to Christianity, and they even know that we’re all going there, like it or not, when That Man supposedly returns. We trumpet any pope who says we no longer have to pay for crucifying what’s his name. We’re a tiny nation, we can’t afford to scoff at anyone who wants to be our friend and lives up to it.

So, please, people, get with it. We’re in a war for our lives in which every friend counts. Enough with the crazy talkbacks. 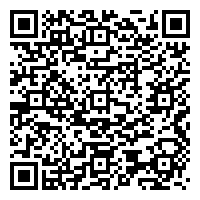