Trump senior Middle East Adviser Jared Kushner confirmed in an interview with the New York Times the other day what we suggested here last week: that the series of rather negative actions against the Palestinians by the Trump Administration over the past year was calculated to move them toward peace negotiations.

Speaking last Thursday, 25 years to the day after the signing of the Oslo Accords, Kushner said the actions taken – including recognition of Jerusalem as the capital of Israel, relocating the American Embassy in Israel from Tel Aviv to Jerusalem, closing the PLO Washington office and expelling its personnel and their families, and eliminating virtually all U.S. aid the Palestinians and UN agencies that service them – improved the chances of peace by stripping away the “false realities” that had become central to peace efforts under the Oslo Accords and that had encouraged Palestinian obsessions with out of reach outcomes for them on these and several other key issues.


Thus, he said, America could no longer ignore certain actions and rhetoric by the Palestinians – such as Palestinian recalcitrance and vilification of the administration – while continuing various aid programs. He referenced the open secret that most of the aid for Palestinian causes was misspent anyway. The aid programs had also become entitlement programs with no discernible expectation of self-reliance. “Nobody is entitled to America’s foreign aid,” he said.

While readily acknowledging that the aforementioned actions had alienated the Palestinians, Kushner said that all of them had the element of restoring a sense of reality to the mix: “All we’re doing is dealing with things as we see them and not being scared out of doing the right thing. I think, as a rule you have a chance of actually achieving a real peace.”

To our mind, this latter point is crucial to putting the Trump agenda in proper perspective. There are certainly those who strongly disagree with him and believe that his policy proposals will have the opposite effect. In fact, these critics typically cast Trump’s moves (in the case of the Palestinians, as well as in most areas of foreign policy) as “off the wall.” Yet a careful reading of Kushner’s remarks about the Trump plans for the Middle East reveals them to be rooted in reality, well thought out, and a legitimate alternative to what had been in place before 2016. 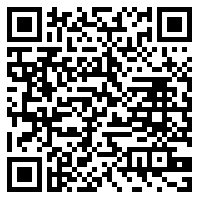