The alleged breakthrough orchestrated by Secretary of State Kerry last week between Israel and the Palestinians was the culmination of a series of desperate attempts to project the appearance of progress toward a resumption of real negotiations when, given the current circumstances, none are likely to occur.

For several weeks Mr. Kerry had been going back and forth between the Middle East and Washington and between Jerusalem and Ramallah, talking about a “package of ideas” that would lead to talks. He seemed at first glance to have finally succeeded, but on closer observation his achievement looks like little more than smoke and mirrors since the initial round of talks will focus on hammering out a framework for any subsequent negotiations.


Israel has already said negotiations should be resumed without any preconditions. And the Palestinians continue to insist they will only participate in substantive negotiations if Israel agrees in advance to accept the pre-June 1967 lines as the baseline for negotiations; stop all settlement construction; release all Palestinians imprisoned prior to the Oslo Accords; and recognize a Palestinian “right of return.”

These preconditions are not new and in fact have been sought by the Palestinians for years. So for all the optimistic predictions, we are still at the point of trying to resolve what has eluded resolution since the last round of talks collapsed.

In context it could hardly be otherwise. In a normal world, the Palestinian preconditions represent what they would achieve if they were wildly successful at substantive negotiations. So Israel’s position of no preconditions – leaving these issues for negotiations – would seem to be the more rational approach. Plainly, though, the Palestinians are counting on the U.S. to push Israel into making concessions, thereby narrowing the scope of what would be left for negotiations.

Indeed, there have been various reports circulating that Israel will tacitly stop settlement expansion, release some prisoners and accept some formulation regarding recognition of the 1967 lines. But to this point, except for the prisoner issue, there have been denials from the Israeli side. And, interestingly enough, not one word has surfaced –rumor or otherwise – concerning any Palestinian concessions. In fact, Palestinian spokesmen, including senior PA officials, have been fairly gloating that for them it is still all or nothing.

Sadly, what passes for movement in Washington these days is nothing of the sort. It is inconceivable that with all the upheavals and uncertainties in the Middle East, Israel should be expected to make existential decisions about its future, especially when its supposed negotiating partner holds sway in only part of the Palestinian world and even there is vulnerable to challenge by the strongly organized Hamas, which opposes and promises to thwart any agreement with Israel. Nor can Arab states that offer themselves as guarantors of any agreement be counted on as their governments are at risk from the spirit of insurgency that has gripped the region.

It is also noteworthy that while Israel was being prodded by Mr. Kerry to release jailed Palestinian terrorists, the Obama administration rejected Prime Minister Netanyahu’s request that the U.S. free Israeli spy Jonathan Pollard. Pollard, of course, can do no further harm to America, but the Palestinians released by Israel would include those still capable of killing Israelis. And so it goes. 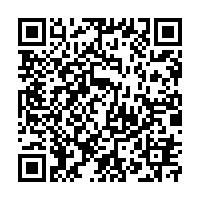