Here comes round two. Last week, the New York State Education Department, for the second time, released guidelines on what subjects private schools must teach, and how many hours they must spend teaching them.

As most of our readers are doubtless aware, in April, New York State Supreme Court Justice Christina Ryba struck down sweeping Education Department guidelines pertaining to the legal requirement that private schools provide educational instruction that is “substantially equivalent” to that offered in public schools.

The guidelines mandated minimum hours of instruction in required secular subjects that cut sharply into the time traditionally dedicated to religious studies and opened the door to compulsory study of subjects like evolution and modern notions of gender identification.

The guidelines were introduced to the surprise of our advocacy agencies, but it didn’t take long for everyone to recognize that they represented a most dangerous threat to yeshiva education and our freedom to choose a course of study for our children fully consistent with our religious beliefs and practices.

One organization – Parents For Educational and Religious Liberty in Schools (PEARLS), represented by former Deputy New York State Attorney General Avi Schick – sued in court to invalidate the guidelines on the grounds that they violated the constitutional rights of yeshiva students and their parents and that, in any case, NYSED exceeded its authority in announcing the guidelines.

Justice Ryba ruled that NYSED did not follow the procedures set forth in the NY State Administrative Procedure Act and therefore she did not have to decide whether the guidelines violated constitutional protections for freedom of religion.

So last week, NYSED released the text of a new proposed regulation that is virtually identical to the earlier one. But this time, NYSED is following the proper procedures and established a 60-day public comment period – ending September 2 – before a final version will be voted on and adopted by the Board of Regents.

The fact that the comment period will coincide with the vacation months of July and August when schools are closed tells us that NYSED is not really interested in public comments. And NYSED Commissioner MaryEllen Elia who, from the start, seems to have taken a personal interest in all of this, is refusing to meet with yeshiva advocates. Another lawsuit that will likely address the constitutional question seems likely.

If you value the independence of yeshivos and worry what the new guidelines may mean for the education of our children, you should take seriously this opportunity to make your voice heard. We direct our readers’ attention to PEARLS’s website (www.pearlsny.org) which provides model comments to be sent to Commissioner Elia, NYSED and the Board of Regents.

(PEARLS should also add information for readers to contact their representatives in the New York State Senate and Assembly and those elected officials who have a direct responsibility in educational matters or who are in leadership positions generally.

Finally, we note Governor Andrew Cuomo’s silence on this issue. To be sure, because of a quirk in the state law, NYSED is not part of the Cuomo government and is not subject to his direction. But there have been several times in the past when the governor has disagreed with NYSED Commissioner Mary Ellen Elia on issues and has successfully called her out on them. There is no better time than the present to again use his bully pulpit. 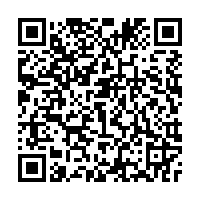