We were disgusted by recent anti-Semitic comments made by NYS Assemblywoman Diana Richardson, who represents parts of Crown Heights. There is no excuse for them. She should resign.

In the course of a 50-minute address at a meeting at Local Community Board 17, she blamed Jews for gentrifying areas in her district. A board member complained that people were constantly ringing her doorbell to ask if she was interested in selling her house. Inexplicably, she said, “It must be Jewish people.”


Richardson apparently was contemplating making some controversial remarks as she asked that digital recorders be shut off before she began speaking. However, former NYC Council Member Lew Fidler, who is Jewish, attended the meeting, representing Brooklyn Borough President Eric Adams, and he reported Richardson’s comment in an interview with the New York Post. As a Jew, he said, he found it “offensive.”

Ms. Richardson does not deny that she said what was reported. In a statement, she said she works closely with Jewish constituents and added:

[I]f by any chance or for any reason something I relayed or repeated was misconstrued, and as a result I offended anyone in any way, I sincerely apologize. I see us, all of us as human beings, and at the end of the day, we all bleed red, it was never my intention to insult or hurt anyone nor would it ever be.

However, we rather think that what she told the community board provides a true window into her soul. She should resign. If she doesn’t, we trust that Jewish voters in her district will remember come the next election cycle. 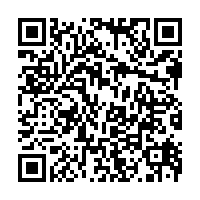