Several weeks ago we noted here that the Trump Administration was turning a new page in the fight against racial discrimination in public institutions of higher learning. For one thing, no longer would racial diversity be presumptively embraced as the holy grail of public education, nor racial affirmative action as the method of choice to get there. Thus, Obama era “guidances” about federal funding availability, which strongly encouraged schools to use race as a factor in the admissions process – and looked askance at those that didn’t – were being replaced by guidances suggesting governmental approval for race-free policies. Events in recent weeks reveal that the Trump administration is, in fact, taking a rather broad view of the changes it has in mind.

In August, the U.S. Department of Justice filed a friend-of-the-court brief in support of several Asian-Americans who sued Harvard University because they were not accepted into the university. The plaintiffs claimed that Harvard placed an arbitrary cap on the number of Asian-Americans that would be admitted in order to admit less qualified students of other races. The DOJ said in its filing that “Harvard has failed to carry its demanding burden to show that its use of race does not inflict unlawful racial discrimination on Asian-Americans.”


In what we see as a related development, the Education Department has reopened a 2011 case brought by the Zionist Organization of America against Rutgers University alleging that the school had allowed a hostile environment to develop for Jewish students advocating on behalf of Israel.

The Obama administration had dismissed the complaint in 2014 on the ground that the law enforced by the Education Department “prohibits discrimination on the basis of race, ethnicity or national origin,” but not “religion.” However, according to a spokesman for Kenneth L. Marcus, the current Assistant Secretary of Education for Civil Rights, the Trump administration believes that discrimination against Jews for their views about Israel is covered by the “ethnicity” and “national origin” provisions.

To be sure, the issues are complicated, certainly in the Rutgers case. But any distinction between “anti-Semitism” and “anti-Zionism” that ever existed in the real world has become obscured in the context of the decades-long harassment of Jewish students on college campuses over their apparent or believed pro-Israel views. Indeed, it has become perfectly clear that on most campuses today any distinction is at best one without a difference.

I Am Not Picky 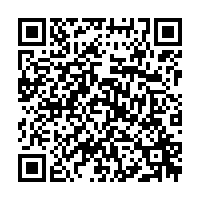