Back in November, Secretary of State Kerry created a stir when he seemed to be blaming Israel for a possible breakdown of the Kerry-brokered negotiations between Israel and the Palestinians. During a pause in the talks he said, “The alternative to getting back to the talks is the potential of chaos. Does Israel want a third intifada?”

A remarkable formulation by any measure. But this past weekend he went even further.


Speaking at the Munich Security Conference about what he saw as the dangers inherent in the failure of Israeli-Palestinian talks, Mr. Kerry said: “The risks are high for Israel. People are talking about boycott. That will intensify in the case of failure. Do they want a failure that then begs whatever may come in the form of a response from disappointed Palestinians and the Arab community?”

An uproar quickly ensued, as Israeli officials charged Mr. Kerry with pushing Israel to make concessions to the Palestinians while blaming Israel as the recalcitrant party in the negotiations. A State Department spokeswoman hurriedly tried to calm things down, stating that Mr. Kerry was only attempting to tell his audience what others are saying.

But the idea that his audience – which included leaders and decision-makers from around the world who were gathered to debate global security and foreign policy issues –needed to be advised that Israel is the target of a growing boycott movement is a bit much.

It is increasingly evident that as the American secretary of state sees it, the key to peace is for Israel to pocket any and all of its negotiating positions and accept whatever the Palestinians put on the table. With Mr. Kerry reportedly poised to reveal his “framework” proposals, this becomes all the more troubling. 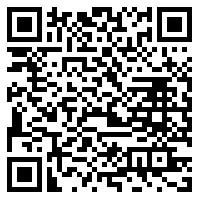