In an interview last week with the New York Daily News, Democratic presidential candidate Senator Bernie Sanders casually cited the grossly inflated figure of 10,000 as representing the number of Palestinians killed by Israeli forces in the 2014 Gaza War.

That figure is well above even the Hamas and UN numbers, let alone Israel’s estimates. That a man who would be president is so uninformed is surely noteworthy. But some of the other things Sanders had to say were equally troubling.

Daily News: [W]hat do you want Israel to do in terms of pulling back…[on the settlements]?

Sen. Sanders: …I think if the expansion were illegal, moving into territory that was not their territory, I think withdrawal from those territories is appropriate.

DN: And who makes the call about illegality in your mind?

Sen. Sanders: Well, I think that’s based on previous treaties and ideas. I happen to think that those expansions were illegal.

DN: Okay, so if we were to find Israeli settlements, so-called settlements, in places that has [sic] been designated to be illegal, you would expect Israel to be pulling them back?

Sen. Sanders: Israel will make their own decision. They are a government, an independent nation. But to the degree they want us to have a positive relationship, I think they’re going to have to improve their relationship with the Palestinians.

DN: Okay. Now, you have obviously condemned Hamas for indiscriminate rocket attacks and the construction of the military tunnels. But you’ve also criticized Israel for what you described as a disproportionate response…. And…going back to look at 2014, which was the latest conflict. What should Israel have done instead?

Sen. Sanders: You’re asking me now to make not only decisions for the Israeli government but for the Israeli military, and I don’t think I’m qualified to make decisions. But I think it is fair to say that the level of attacks against civilian areas…and I do know that the Palestinians, some of them, were using civilian areas to launch missiles. Makes it very difficult. But I think most international observers would say that the attacks against Gaza were indiscriminate and that a lot of innocent people were killed who should not have been killed. Look, we are living, for better or worse, in a world of high technology whether it’s drones out there that could, you know, take your nose off, and Israel has that technology. And I think there is a general belief that, with that technology, they could have been more discriminate in terms of taking out weapons that were threatening them.


On the Palestinian casualties in the 2014 war, Sanders said,

[M]y recollection is over 10,000 innocent people were killed in Gaza…. I don’t have it in my number…. but I think it’s over 10,000. My understanding is that a whole lot of apartment houses were leveled. Hospitals, I think were bombed. So, yeah, I do believe and I don’t think I’m alone in believing that Israel’s force was more indiscriminate than it should have been.

What rankles is the obvious incompleteness of Mr. Sanders’s research or perhaps lack of interest in clarity as to the basic facts. And then of course there’s his casual embrace of the anti-Israel narrative.

Although he mentions in passing the Hamas tactic of using civilians as human shields by locating missile launching sites in civilian areas, his conclusions in no way reflect any appreciation of the necessary dynamic triggered by that practice. Surely the destruction of hospitals and civilian casualties are an inevitable consequence of these tactics. How then can he so blithely condemn the IDF for the results of its reaction to Hamas provocations? Where would the IDF direct its fire if not at the sites of the missile launchers?

As for his assertion of IDF “disproportionality,” this is nothing but a reiteration of the tiresome argument put forth by the Palestinians and their sympathizers in an effort to blunt Israel’s technological and military edge. One would think someone like Sen. Sanders would caution the Palestinians not to provoke confrontations with Israel precisely because of that edge.

Finally, and perhaps most troublesome, is Sen. Sanders’s take on the settlements. Totally lacking is any acknowledgement that defensible borders for Israel must be the central element in any peace plan worthy of the name. (The only issue for Mr. Sanders seems to be one dimensional: whether some authority determines the settlements are “illegal.”) However, negotiations following the Six-Day and Yom Kippur wars revolved around establishing such borders in order to discourage future Arab wars of aggression. Israel’s relinquishment of some of the territory it seized in the two wars was never meant to be a one-way street taking place in a vacuum but rather in the context of Israeli security.

With his remarks to the Daily News, Mr. Sanders confirms, if anyone of rational mind ever doubted it, that he is a man whose knowledge of world affairs seems to consist wholly of what he read the previous week in The Nation or some other hard-left rag and thus completely unsuited to be president of the United States. 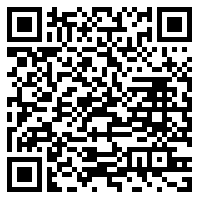