There is a certain disconnect in the brouhaha over the Cardozo School of Law’s Journal of Conflict Resolution offering its International Advocate for Peace Award to serial Israel-basher Jimmy Carter.

To be sure, as many are pointing out, the award seems incongruous because the school is affiliated with Yeshiva University, which certainly doesn’t take a back seat in its support of the Jewish state. Yet those who focus their criticism on Yeshiva University for what they see as at best a lapse in judgment are losing sight of the reality of modern higher education.

As we have seen over and over these past few years, many clubs and journals that are independent of educational institutions have taken to zealously expressing that independence, often in ways wholly antithetical to the missions of those institutions. The more cogent and telling criticism to be leveled in this episode is that by declaring Carter to be someone exemplifying the concept of conflict resolution, which he certainly is not, the editors of the Journal speak gibberish.

The Journal’s brochure describes the award to be given to Carter as follows: “Each year, the Journal presents the International Advocate for Peace (IAP) Award to an individual who is exemplary in the field of global conflict resolution.”

Now, Harvard Law School’s Program on Negotiation describes conflict resolution as “the process of resolving a dispute or a conflict by meeting at least some of each side’s needs and addressing their interests.” Jimmy Carter has spent the past three decades one-sidedly challenging the legitimacy of virtually every significant policy of various Israeli governments as well as Israel’s relationship with the Palestinians and its other Arab neighbors, topped off with his 2006 book accusing Israel of practicing apartheid.

By what logic, then, can Mr. Carter be viewed as someone who sees compromising among competing interests as the key to conflict resolution?

This is not the first time that Cardozo’s Journal of Conflict Resolution has so egregiously strayed. A May 9, 2003 Media Monitor column by Jewish Press Senior Editor Jason Maoz explored the IAP award conferred that year on South African Bishop Desmond Tutu and catalogued a slew of anti-Jewish and anti-Israel statements made by Mr. Tutu over the years.

The 2009 awardee was performance artist Eve Ensler, who signed onto a letter that year explaining that she and others were boycotting the Toronto International Film Festival because it was honoring Tel Aviv’s 100th anniversary by featuring ten Israeli films. The letter claimed that Tel Aviv was built on “Thousands of destroyed Palestinian villages…”

And in 2011 the award was conferred on Abigail Disney, a niece of Walt Disney, who months afterward publicly renounced her share of the profits from the Disney family investment in the Ahava cosmetics company whose factory is located in a West Bank settlement. She stated at the time, echoing the worst of the BDS movement: “I cannot in good conscience profit from what is technically the ‘plunder’ or ‘pillage’ of occupied natural resources…”

Why the Journal’s editors seek to celebrate the work of those who see only one legitimate side in the conflict between Israel and the Palestinians is a question we leave to others. Perhaps they see shock value in their choices. Perhaps they really believe there is only one legitimate side. Whatever the reason, the pattern is as clear as it is troubling. 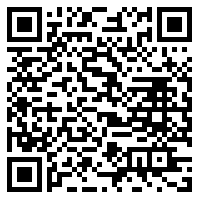