Mayor Bill de Blasio’s refusal to denounce remarks made last week in his presence at Agudath Israel’s annual dinner has spawned a controversy that is, at least to us, largely beside the point.

During the dinner, Rabbi Yaakov Perlow, the Novominsker Rebbe, publicly condemned the Reform, Conservative and Open Orthodoxy movements, prompting criticism from some of the mayor’s liberal Jewish supporters and a strongly-worded editorial in The New York Times that decried the mayor for his silence in the face of Rabbi Perlow’s speech.


The debate over whether Mayor de Blasio, as the elected leader of all New Yorkers, was wrong in refusing to object to the Novominsker’s remarks cannot be allowed to obscure the fact that the Novominsker, as head of the Agudah, has a responsibility to articulate authentic Judaism’s disapproval of those who preach deviation from our mesorah, or tradition,

No matter how hard some try to reinvent the meaning of words, the divisive ones are not Jews who seek to maintain fealty to the Torah way of life that has been the hallmark of our people for thousands of years – but rather those who urge fundamental changes to our faith.

Even on a practical level, one cannot deny that the experience of the Reform and Conservative movements demonstrates that as long-held beliefs wane, assimilation and intermarriage rise. Adherence to the Torah is the only thing that has sustained Jews through the ages.

We applaud Mayor de Blasio for choosing not to criticize Rabbi Perlow’s remarks. Though initially he said he had not comprehended the content of the speech as it was being delivered, he has maintained his refusal to comment even after being told what was, in fact, said.

The mayor deserves praise for his position, which is consistent with his reputation for respecting religious rights. It would have been the height of arrogance for an elected official to criticize a religious leader for addressing the faithful on a fundamental issue of faith. 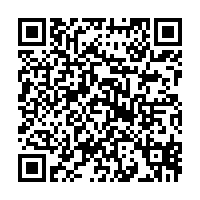