Felix Klein, the top German official in charge of combating anti-Semitism, created an uproar last week when he advised German Jews to avoid wearing yarmulkas out of a concern for the growing anti-Semitic attacks occurring there.

The hapless Klein probably thought he should have been credited for trying to keep Jews out of harm’s way. Yet the implications of his approach are terrifying, and, if we may be allowed a brief evocation of not-so-distant history, harks back to the depredations of the notorious Brown Shirts in the lead up to the Holocaust. Then too, those who would wantonly attack Jews were not brought under the control of the police authorities, albeit for different goals.

We will never submit, will never lower our gaze and will never react to anti- Semitism with defeatism – and expect and demand our allies act in the same way.

Would law enforcement, faced with an epidemic of bank robberies, ever think of urging banks to close their doors as a suitable response? Indeed, aren’t we all urged to continue life as usual in the face of credible terrorist threats?

Richard Grenell, the U.S. ambassador to Germany, reacted otherwise: “The opposite is true. Wear your kippah. Wear your friend’s kippah. Borrow a kippah and wear it for our Jewish neighbors.”

This was followed this past Monday by Germany’s most popular daily newspaper, the Bild, featuring a “do-it-yourself kippah” cutout on its front page. Bild Editor-in-Chief Julian Reichelt wrote, “If only one person in our country cannot wear [a] kippah without endangering himself, the answer can only be that we all wear a kippah.”

A spokesman for German Chancellor Angela Merkel said on Monday that “it’s the job of the state to ensure that anybody can move around securely with skullcap in any place of our country.”

What continues to trouble us is that a government official charged with addressing anti-Semitism could have thought otherwise. 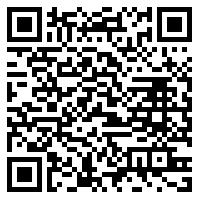