Few public issues have caused as much controversy as the refusal of certain parents to allow their children to be vaccinated for childhood diseases like the measles. They falsely claim that the available vaccines create a substantial and unacceptable risk of causing autism which outweighs any protection they may provide.

However, the overwhelming consensus among scientists and doctors – including a vast majority of doctors in the frum community – say that any connection between the vaccines and autism is nonsense and that getting vaccinated is integral to protecting our community, and all children, from contracting serious and potentially deadly diseases.

The New York Public Health Law generally provides that “every person in parental relation to a child in [New York State]” must make sure that he or she is inoculated as a condition of attending school. In pertinent part the law variously provides for non-inoculated children to be kept out of school and parents subject to fines.

But the same law also provides for a religious exemption: “This section shall not apply to children whose parent, parents, or guardian hold genuine and sincere religious beliefs which are contrary to the practices.”

Importantly, though, the exemption for religious anti-vaxxers is not absolute. A section of the Public Health Law’s implementing regulations provides that, “…[I]n the event of an outbreak…of a vaccine preventable disease in a school, the [NYS] commissioner [of health], or his or her designee, or in the City of New York, the Commissioner of Health of the New York City Department of Health and Mental Hygiene, may order the appropriate school officials to exclude from attendance all students who have…been exempted from immunization” by virtue of the religious exemption.

In other words, the availability of the religious exemption would seem to depend initially on whether there is a sincere religious objection to a vaccination on the part of parents and whether there has been an official declaration of “of an outbreak…of a vaccine preventable disease in a school. “

But a current lawsuit playing out in federal court involving the Shulamith School for Girls in Cedarhurst and the NYS Department of Education demonstrates that the rules are easier described than implemented.

Despite the general vaccination requirement, the NYS Education Department ordered Shulamith to accept two unvaccinated children after the parents invoked the exemption based on their assertion that their Jewish religious beliefs required them to avoid vaccinations.

Shulamith then sued to overturn the Education Department’s decision claiming that the school’s Jewish religious beliefs required them to ensure that all their students must be vaccinated against all communicable diseases.

The NYSED ruled in favor of the parents apparently because, despite the fact that there has been the largest numbers of measles cases in New York State in 25 years, there has not been an official declaration of an outbreak at the Shulamith school or its environs, and so the religious exemption was therefore not vitiated under the terms of the implementing regulation.

Shulamith, on the other hand, maintains that its claimed religious beliefs as to the requirements for vaccinations should not be overridden by the parents’ religious beliefs. Also, the school argues, government agencies are prohibited by the First Amendment to pick and choose between and among contradictory religious beliefs.

Of course, in NYC, where an outbreak of measles has been declared, Mayor Bill de Blasio has imposed heavy fines on families who refuse vaccinations for their children. And although there are one or two rabbis who object to the vaccinations, many times more have urged that parents get their children vaccinated.

We are the last ones to give short shrift to the honoring of anyone’s religious rights. However, the halachic consensus and the underlying health community consensus makes inoculations a different order of business. At the very least, even if we err, it should be on the side of caution. 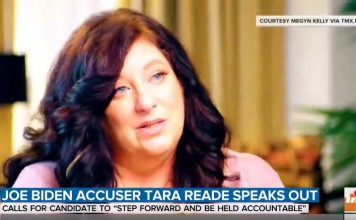