The current controversy surrounding the film “The Third Jihad” is ostensibly over the propriety of the NYPD’s airing it as part of in a training program. In reality it is the continuation of a broad and continuing effort to discredit any investigation of the growth of Muslim radicalism in New York. And as usual, The New York Times is right up front with Muslim organizations in voicing outrage.

We doubt Commissioner Kelly will heed the calls from some Muslim quarters that he resign over the issue. But we would do well to appreciate that the future intimidation of decision-makers charged with providing for our safety is not an idle concern. A New York Times editorial on the issue last week, entitled, “Hateful Film” is instructive:


There is absolutely no excuse for the New York Police Department’s decision to show a hateful film about Muslims to more than 1,400 city police officers.

Relations between police and the diverse Muslim community are already tense after the Associated Press uncovered aggressive surveillance of Muslims, including American citizens. The propaganda of this film will only damage those relations further and make law enforcement more difficult.

And, finally, we are told – without any elaboration – that the film “was financed by the conservative Clarion Fund.”

So for the Times, the primary issue is whether the Muslim community likes the idea of a police force tasked with defending against Muslim terrorism taking its job seriously. Indeed, the Times editorial said absolutely nothing about the training value of the film in thwarting terror – not, apparently, out of deference to the expertise of the NYPD in this regard. Indeed, it was not sheepish about voicing an opinion about its views on what will make law enforcement more difficult.

But we find it incredible that while the Times does not address the issue of the film’s factual presentations, it does say “The film shows some of the grisliest jihadist terrorists in recent years and argues that the real agenda for Islamists in America is to infiltrate and dominate the country.”

The Times apparently accepts the validity of the factual presentations but seems to have a problem with the context. The editorial doubtless was informed by a column on the movie by Times regular Michael Powell that appeared the day before. Here is some of what he wrote:

“This is the true agenda of much of Islam in America,” a narrator intones. “A strategy to infiltrate and dominate America.… This is the war you don’t know about.”

This is the feature-length film titled “The Third Jihad,” paid for by a nonprofit group, which was shown to more than a thousand officers as part of training in the New York Police Department….

The 72-minute film was financed by the Clarion Fund, nonprofit group whose board includes a former Central Intelligence Agency official and a deputy defense secretary for President Ronald Reagan. Its previous documentary attacking Muslims’ “war on the West” attracted support from the casino magnate Sheldon Adelson, a major supporter of Israel who has helped to reshape the Republican presidential primary by pouring millions of dollars into a so-called super PAC that backs Newt Gingrich….

Repeated calls over the past days to the Clarion Fund, which is based in New York, were not answered. The nonprofit group shares officials with Aish HaTorah, an Israeli organization whose officials have opposed a full return of the West Bank to Palestinians. The producer of “The Third Jihad,” Raphael Shore, also works with Aish HaTorah.

Clarion’s financing is a puzzle. Its federal income tax forms show contributions, grants and revenues typically hover around $1 million annually – except in 2008, when it booked contributions of $18.3 million. That same year, Clarion produced “Obsession: Radical Islam’s War Against the West.” The Clarion Fund used its surge in contributions to pay to distribute tens of millions of copies of this DVD in swing electoral states across the country in September 2008.

We note that both the editorial and Mr. Powell’s piece are significantly in error as regards the film narrator’s comment about the agenda of Islam in America. While the editorial paraphrased the narrator as saying “the real agenda for Islamists in America is to infiltrate and dominate the country” and Mr. Powell reported the quote as “This is the true agenda of much of Islam in America…,” the actual comment in the film spoke of “the true agenda of much of Muslim leadership here in America.” Also, the film opens with the text: “This is not a film about Islam. It is about the threat of radical Islam. Only a small percentage of the world’s 1.3 billion Muslims are radical.” 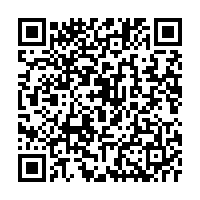