Ordinarily it is not the business of the Jewish community to opine on the merits or demerits of those upon whom the Catholic Church wishes to bestow sainthood. An obvious exception arises, however, when the proposed recognition is of a nominee notorious for a lifetime of virulent anti-Semitic ravings.

Such, unfortunately, is the case involving Father Leon Dehon, a Frenchman who is on a fast track for sainthood with the strong support of Pope Francis.


Father Dehon lived from 1843-1925, years during which the seeds of the Holocaust were taking root in Europe, and the current effort to honor him puts into question the Church’s commitment to addressing the policies that drove anti-Semitism around the world and that resulted in so much suffering for the Jewish people over the centuries.

Father Dehon was the founder of the Sacred Heart of Jesus religious order, commonly known as the Dehonians. He had been scheduled for beatification – a necessary and complicated pre-sainthood phase – in 2005 but the ceremony was postponed because of the death of Pope John Paul II. Pope Benedict XVI, John Paul’s successor, put the process on hold and appointed a commission to dig deeply into the matter of Father Dehon’s anti-Semitic rhetoric.

Father Dehon reportedly wrote that Jews were “thirsty for gold” and that “lust for money is a racial instinct in them.” He referred to the Talmud as “a manual for the bandit, the corrupter, the social destroyer.” He also recommended several policies, later adopted by the Nazis, which among other things called for requiring Jews to wear identifying markings and live in ghettos, and to be prohibited from being landowners, judges, and teachers.

Notwithstanding all of that, Pope Francis has emphasized the Dehonians’ good works and suggested that the problem with Father Dehon “is a problem with hermeneutics. One must study a historical situation with the hermeneutics of that time, not with today’s.” In other words, one shouldn’t interpret writings from the past in the light of what is now considered acceptable.

Does the pope really believe that Father Dehon’s destructive anti-Jewish calumnies do not disqualify him from the highest honor of the Catholic Church because in his time everyone did it? If so, what is Pope Francis’s yardstick for greatness?

There is a disturbing context to this episode. Since the 2012 United Nations vote to grant the Palestinian Authority non-member observer status, the Vatican has functionally dealt with “Palestine” as a state. Last year Pope Francis made a point of flying directly to the West Bank from Jordan rather than first landing in Israel, as prior popes had done. And he has demonstrated no problem with disregarding Israel’s insistence on hard negotiations with the Palestinians as a prerequisite for recognition of a Palestinian state.

Maybe we shouldn’t be so surprised that in this pope’s view, anti-Semitic ravings are no bar to sainthood. 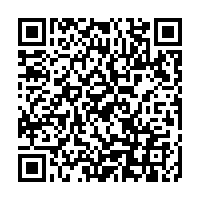