From the moment Donald Trump announced he was running for president, the widespread book on him has been that he was something akin to the proverbial bull in a china shop, incapable of making fine decisions and working with others in concert and with nuance – especially when it came to foreign policy.  From where we sit, arguably all that went largely by the boards when he ordered the missile strike against Syria’s chemical weapons capacity last week.

For one thing, Mr. Trump seemed to have carefully chosen a bombing option – one of three presented to him by the Pentagon – that would cripple much of Syria’s ability to produce chemical weapons but not prompt a Russian response beyond the usual bellicose venting. He deftly avoided any threat to the survival of President Bashar al Assad’s regime or any serious damage to Russian assets.


Importantly, also, despite a reputation for impetuousness and penchant for eccentricity, he opted to enlist the participation of America’s top allies, England and France.

In fact, news reports have thus far spread the word that most of Syria’s chemical weapons stockpile and manufacturing infrastructure were taken out and the state-of-the art Russian anti-missile systems embedded in Syria were not activated. This despite the fact that Syria’s own, antiquated anti-missile systems were notoriously ineffectual.

So measured planning and a united front of sorts seems to have worked. Hopefully this tactical success will inform the coming strategic task now facing the Trump administration. This one-time pushback is hardly a long-term solution to the Syrian problem, although it may well have corrected Mr. Trump’s grievous error in announcing that U.S. forces will soon be redeployed from Syria. That message likely emboldened  Assad to use gas on his hapless people once again inasmuch as the U.S. was said by the president to be on its way out of the Syrian theatre.

Hopefully the missile strike made clear to the Russians and Iranians – who are seeking to parlay their key military support for Assad in his civil war against his rebel opponents and ISIS –that the United States is not about to cede the field to them. Not only would that adversely undermine the balance of power in that part of the world, but it would create a perhaps existential Iranian threat to Israel, one of America’s most important allies.

In the old Cold War days, the U.S. and Soviet Union, the world’s two nuclear superpowers, found ways to avoid an ultimate nuclear confrontation despite regular less lethal encounters. There was a common judgment that nuclear war was only an option if national survival was at stake. And so, international politics effectively became a function of  relative conventional military power. 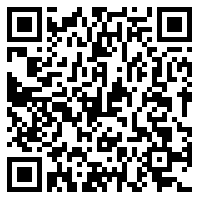