Newly minted U.S. Supreme Court Justice Brett Kavenaugh created quite a stir on Monday when he did not vote to have the Supreme Court review two appellate decisions that had favored the Planned Parenthood group, the most prominent provider of abortion services in the country.

Procedurally, it takes four affirmative votes to get Supreme Court review of lower court decisions. In the Planned Parenthood cases, however, only three members – Justices Alito, Gorsuch and Thomas – voted for review. Kavanaugh would surely have been expected to vote in favor of Supreme Court review and possible reversal of decisions that would make life easier for a major pro-abortion group.


Indeed, in the course of his confirmation hearings, Kavanaugh had been pilloried by many, mostly Democrats, over claims that he held extreme conservative views on constitutional law and would therefore be sure to vote to reverse or modify downward the 1974 Roe v. Wade decision which barred states from prohibiting a woman from getting an abortion. And these claims were buttressed by lurid and uncorroborated accusations of abuse by several women.

While we can fully understand the chagrin expressed by many conservatives that Justice Kavanaugh had somehow scammed his supporters with his no vote, there is more to the story.

It is hard to imagine anyone coming away from the kind of savage encounters Kavanaugh experienced during his confirmation hearings without being shaken to his core. Indeed, in his final testimony he became quite personal and emotional in denying the allegations in a way that had not been seen in such a setting in recent memory.

So it would not be far-fetched to suggest that Justice Kavanaugh would welcome an appropriate opportunity to demonstrate that he was not the anti-abortion zealot the Democrats proclaimed him to be and which fueled their disdain for him.

The Planned Parenthood cases presented just such an opportunity. While on the surface it appeared abortion rights were directly involved, they were not. They raised the question as to whether both individuals and organizations could challenge a state denial of financial aid to organizations facilitating abortions. The lower courts held that they could. Those who sought Supreme Court review argued that only organizations should have the right to challenge the denials of aid.

Simply put, the cases were not about abortion rights. If the Supreme Court would have taken the case for review and ultimately reversed the lower courts, the right of an affected organization to challenge a denial would survive.

Kavanaugh’s vote may have appeared somewhat duplicitous and intellectually corrupt, but under the circumstances it was quite understandable. 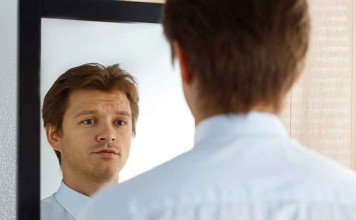