Many of us of relatively advanced age will recall the American civics lesson we learned in school that truth emerges from the clash of different ideas. Over time emerged the corollary that this dialectic takes place in the “marketplace of ideas” to which all must have access. Indeed, this notion was said to have been what the authors of the First Amendment had in mind when they wrote:

Congress shall make no law respecting an establishment of religion, or prohibiting the free exercise thereof; or abridging the freedom of speech, or of the press; or of the right of the people peaceably to assemble, and to petition the Government for a redress of grievances.

Unfortunately, recent events in the political world make us despair for the future of the marketplace nostrum, which, over the years, has virtually defined American political culture and served us so well, if imperfectly. Unfortunately, there are those on the left who believe that only ideas with which they identify qualify for entrance into the marketplace.


Some dismissed as aberrations early episodes of members of the Trump administration being accosted in restaurants and supermarkets by anti-Trumpers hurling insults. This, even as they followed the relentless, post-election efforts by Democrats to delegitimize the Trump administration through specious calls for recounts and challenges of the Electoral College.

As it turns out, these were only the beginning. Administration members now are regularly harangued for having the audacity to play a part in the implementation of the Trump agenda.

Just last week, stories of Trump fans being fearful of showing any public support for the president surfaced. The New York Post quoted one Southampton boutique owner who fears reprisals from his customers who are mostly wealthy Democrats:

“We’re all in the closet… It’s like you have this disease and people want to run away from you… You can’t win. If you want to stay in business, you have to learn to lie to people. You have to say stuff like, ‘I hate his hairdo.’ I’m just struggling to make the bottom line here. Honestly, I am not rich enough to have a political opinion.”

Another Southampton businessman was quoted as saying: “People have really strong opinions here and if you go around wearing a MAGA hat, you really need to fear physical violence.”

And then there were those stories about calls for boycotts against Trump financial supporters. The New York Times reports on a number of calls received by the owner of Precision Pipe Rentals, a major oil and gas services company in San Antonio. He told the Times in an interview, “I’ve had people say, ‘Hey we were going to use you for business, but we found out [you’re a Trump donor and] you’re a racist. We hope that you burn in hell and your business will go with you.’”

According to the Times, progressives looking for a way to express their anger at Trump – and the people who support him – have threatened to boycott SoulCycle and Equinox, popular high-end fitness centers, both owned by the billionaire developer Stephen Ross, who is scheduled to host a fundraiser for Trump in his home.

And speaking of the New York Times, the incident that truly signifies the eclipse of the marketplace of ideas was its stunning revision of a front-page headline progressives had attacked as being too pro-Trump. Thus, in its first edition on August 6, the Times headlined its news story on President Trump’s speech in the aftermath of the mass shootings in El Paso and Dayton: “Trump Urges Unity vs. Racism.”

In in his speech the president denounced hatred, bigotry, and white supremacy. He also vowed to pursue measures that would keep dangerous people from getting guns. But a cadre of progressive Times readers erupted and bombarded the paper with complaints that the headline was too kind to Trump. So the Times did an abrupt about-face and changed the headline to “Assailing Hate But Not Guns.” Apparently even this would not do and certain leftist journalists called on Times readers to cancel their subscriptions.

All of this is not to suggest that those who disagree with the most recent electoral result of the marketplace of ideas – Donald Trump – must just suffer in silence. But it is to submit that the recourse for these people should be traditional loyal opposition with an eye to making a case to voters in the next election. 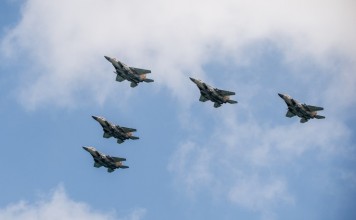 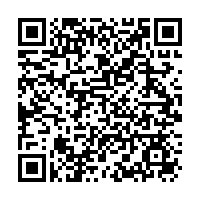